Rupal Patel, who played the very important and popular character of Kokilaben, as per reports in Spotboye, has confirmed her exit from the project.

She was quoted: “I have been working in the industry for many years but I have never done a show for one month. But when I was approached with the sequel of Saath Nibhana Saathiya it was for one month only. And now that a month is over, I will be making my exit from the show which was planned. I said yes for this small journey in SNS 2 only because it’s my gratitude to all the fans of Kokilaben and Rupal Patel. I have received so much love from my audience especially for this character and the show that when makers came to me with this idea for joining and supporting them to uplift this it was my moral responsibility as a creative artiste to say yes to it.” 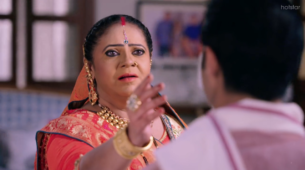