Choti Sarrdaarni the Colors show produced by Cockrow and Shaika Entertainment has been doing really good, being in the Top 3 shows across channels.

The show will see an unavoidable replacement with Mansi Sharma being replaced.

Mansi was playing the character of Harleen in the show.

We hear that Mansi had date issues and wanted few adjustments which the channel and makers could not apparently provide, considering the huge deadlines that needs to get met when it comes to the TV industry.

All of this has ended in Mansi’s replacement from the show.

News coming in is that Simran Sachdeva who was seen in Naagin 3 will play the very important part of Harleen.

When contacted Mansi told us, “I had to quit for health reasons.”

We reached out to Simran who told us, “Yes I am entering the show. Being a Sardaarni myself I am excited to be part of this show which is doing so well. Thanks to my Producers Pradeep Kumar and Rajesh Ram Singh.” Choti Sarrdaarni Spoiler Alert: Sarabjit to SAVE Meher and kids? 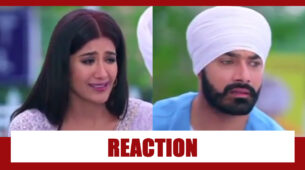