Stand-up comedian and stage performer Gaurav Dubey will join the cast of the sequel of Sajan Re Jhoot Mat Bolo, the popular SAB TV sitcom. The series will be produced by Optimystix.

As reported by Indianwikimedia.com exclusively, actress Parvati Vaze has been roped in for the female lead’s role opposite Hussain Kuwajerwala.

Gaurav who is known for his foreigner act in Comedy Nights Live will be part of the show. He will now essay the role played by veteran actor Rajiv Thakur.

For the uninitiated, Rajiv Thakur played the role of the friend, Ishwar Lal Shah. Gaurav will take over from Rajiv in the sequel.

We buzzed the actor, but did not get through to him.

As per media reports, Tiku Talsania has been retained to play the role of the father in the sequel.

Are you all ready for the magic of Sajan Re Jhoot Mat Bolo again? Drop in your comments here on Indianwikimedia.com 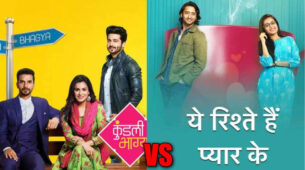