It is time for 1 lucky contestant to win the Ticket to the Grand Finale. 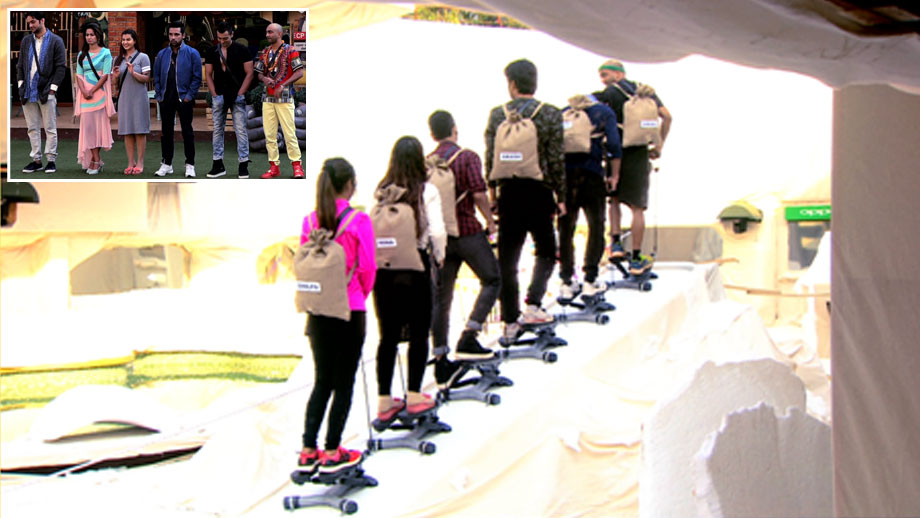 After a shocking nomination task, where Bigg Boss 11’s Changu-Mangu i.e. Akash Dadlani and Puneesh Sharma successfully found a spot in the Top 5, it is time for 1 lucky contestant to win the Ticket to the Grand Finale.

With just 6 of them in the house, it is getting tougher for the contestants to keep track of the daily chores and house cleaning. As Shilpa Shinde and Hina Khan go about doing their daily routine of cooking and cleaning, Akash refuses to offer any help and continues to sleep. Exasperated by his behavior, Hina and Shilpa get into an argument with Akash; Hina further goes on to tell him that he dare not speak with her again!

The difference between the impossible and possible depends on a person’s determination. The days to come will show how determined the gharwale are to win this season of Bigg Boss! The golden opportunity to make it to the finale lies atop Mount BB, a rigorous task that will make the contestants fight for an equal chance. A mountain climbing task, contestants have to eliminate their competition one by one, simply by using their street smartness.

The lawn area is converted into a large snow mountain and a stepper placed on an incline denotes the mountain climb. The contestants must carry bags with each other’s name and either empty it to signify the choice of elimination or form an alliance by saving it from someone else who is trying to empty it. The main motive for the contestants here will be to ensure that their bag pack reaches the top of the BB Mountain safe and sound. Mastermind Vikas Gupta cracks a deal with Hina and the two of them decide to stand by each other during the task. On the other hand, his sworn rival Luv Tyagi is determined to get Vikas out and keeps instigating him during the task. The two ladies of the house, Shilpa and Hina, team up to ensure Akash is the first one out of the task.

Who makes it till the end?