Vedika’s track in Yeh Rishta Kya Kehlata Hai comes to an end and here is the actress cutting her cake on the set before moving out. 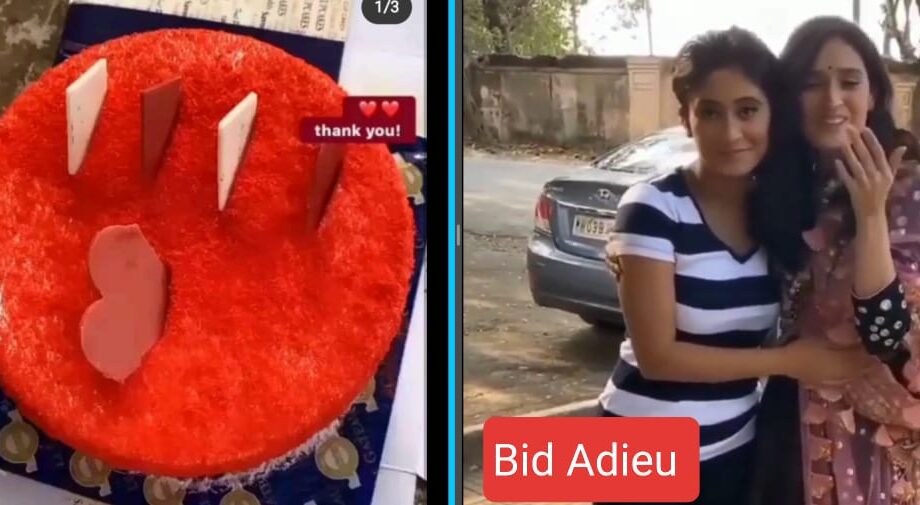 Yeh Rishta Kya Kehlata Hai the popular Star Plus show produced by Director’s Kut will now see the end to Vedika’s track in the show.

With this, actress Pankhuri Awasthy will bid adieu to the show. The track will now proceed towards the re-marriage of Kartik (Mohsin Khan) and Naira (Shivangi Joshi), the high point that the loyal fans of the show have been waiting for!!

Well, before moving ahead, the Yeh Rishta Kya Kehlata Hai family joined together to wish all the luck to the actress Pankhuri.

Pankhuri, as we know, has played her part commendably well. She came in the way of an eternal love story, and as it always happens, faced fans’ furore. However, the gutsy actor took all of that in the right spirit and won hearts for her performance.

Here, Shivangi Joshi and Mohsin Khan are joined by the others in the cast in bidding farewell to Pankhuri.

A cute cake was cut by Pankhuri aka Vedika and the cast shared some happy moments together.

Check it out here.

Pankhuri, you were great till it lasted. Best of luck for your next!!