IWMBuzz.com has earlier reported exclusively about actress Sheetal Maulik entering the show in its new phase wherein Sameer (Randeep Rai) and Naina (Ashi Singh) have shifted base to Mumbai.

As per a reliable source, “Meghan will play the role of a youngster who is passionate about his career as actor in movies. However, he will struggle to achieve his goal as his parents will not give him permission to pursue his interest.”

We hear that Sameer and Meghan’s character will share a very close bond as their dreams will match and they would look forward to achieving their goal of turning actors together.

As we know, Sameer’s family has consented to his decision of trying his luck as an actor.

We buzzed Meghan but did not get to talk to him. 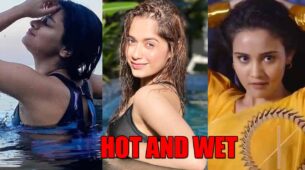