The Greek God of television, none other than, Harshad Chopra, is an Indian Television actor. He is known for portraying the role of Cadet Ali Baig in Left Right Left, Prem Juneja in Kis Desh Mein Hai Meraa Dil, Anurag Ganguly in Tere Liye and Aditya Hooda in fame serial Bepannah. He debuted on television with

Harshad also set foot in Bollywood with film 2016-The End in the year 2017. He played the role of Rahul who is the son of a famous rich businessman. The 36-year actor made his comeback to TV with Colors’ Bepannah alongside the bold and beautiful Jennifer Winget. The show marked its entry in the very first week as all loved the chemistry between Jennifer and Harshad.

Harshad was voted 16th in Times of India’s Top 20 most desirable Men on television. The 35-year-old actor has wooed the audience with his shirtless pictures. The actor is a fitness freak and loves to flaunt his body on social sites.

The actor is seen posting his pictures of workout and fitness. His abs-tatic body makes his personality more charming and sexy. He also loves to do upper body workout and weight lifting.

Below are some hawt and sexy shirtless pictures of Harshad Chopra. Let us know which pictures you liked the most. 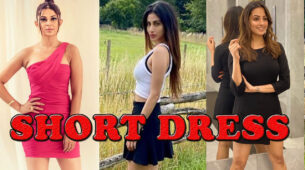