Check out the hot looks of Shraddha Arya. Kundali Bhagya’s lead actress, Shraddha Arya, after venturing into the Telugu, Tamil and Malayalam industries, and even making a debut in Bollywood, made her small screen debut in Main Lakshmi Tere Aangan Ki, which even gave a boost to her already existing fanbase.

Shraddha Arya’s performance in Kundali Bhagya won her many awards and nominations including Kalakar Award for Best Actress and Best Actress Popular at Gold Awards. Arya has also won Favourite Popular Character Female twice in a row at the Zee Rishtey Awards.

Shraddha Arya’s character in Kundali Bhagya screamed simplicity, positivity and no one could doubt that her off screen looks could even bring a dead man to life. She is super sexy and her fashion game has been driving us crazy.

She is known for her amazing acting, photogenic face, outstanding fashion sense and cute looks. Well, even though she plays the role of a doctor on-screen, she is raising the outside temperature with her great swimsuit looks. We can say that she is somewhere responsible for global warming!

Her hot swimsuit pictures are making us drool and we wanna see more of them. Take a look at our water queen – Shraddha Arya. 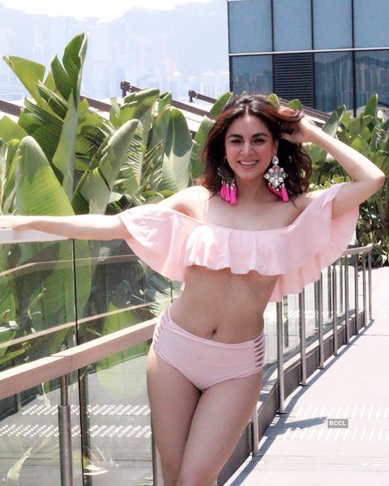