The yellow outfits of Shaheer Sheikh are on point, COMMENT! No wonder why Shaheer Sheikh is always on the list when we talk of the chocolate boys from the telly town. We think it is reasonable to say that he has captured the hearts of his ardent fans of the country from the past many years.

Shaheer Sheikh had won over our hearts ever since he first appeared on the screen from Best of Luck Nikki to now his popular show Yeh Rishtey Hain Pyaar Ke. He possesses a fan base of millions across the country and even worldwide. All credits to his suave looks, dapper style, and yes, the dialogue delivery that always manages to touch his co-star and his fans.

Mr. Sheikh’s fashion sense has been the talk of the town. The 36-year-old actor is the heartthrob of television and keeps on making some strong fashion and uber col guy statements with his impeccable outfits. Moreover, he knows exactly how to make him look sexy and this time, he chooses the yellow color to make himself cool.

Mr. Shaheer Sheikh loves to wear light and contrast colors and it seems, the yellow color is made for him. We don’t understand what factor he possesses but there is something different and amazingly sexy about him that makes all girls go weak in their knees.

Here we have some of the best sexy and die-hard outfits of Shaheer Sheikh to drool upon, take a neat look, and fall in love with him! 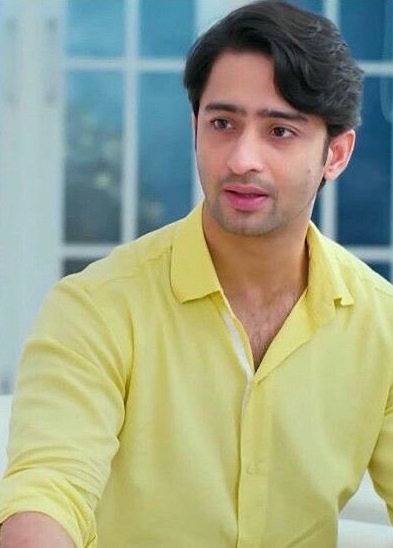