Asim Riaz and his real family, Check out! The youngest model, Asim Riaz, rose to fame after he appeared on one of the most controversial reality shows of Indian television industry named Bigg Boss season 13. He is an Indian and International Fashion Model who has been part of many television commercials and fashion concerts. Being born in J&K, he completed his studies from there.

Asim gained enough eyeballs for his physique, looks, and behavior on the premiere episode of the reality show and became the topic of every conversation related to the show. Apart from this, he is a known famous model who goes on to become eye candy for female audiences.

He is one of the hottest models of India who has represented India Internationally for different brands.

He was liked by millions of people for his nature inside the house and has even trended on Twitter while his stay in Bigg Boss house.

Asim has a brother named Umar Riaz and father Riaz Ahmed Chaudhary but there is no information available about his family, as the model likes to keep his personal life away from the social limelight.

He is very close to his family and has made them proud by being one of the talented and popular models of India.

Recently, Asim, his father Riaz Ahmed Chaudhary and his brother Umar Riaz were engaged in a war of words on Twitter on whether Asim has a girlfriend outside the house then too He is proposing Himanshi Khurrana in the house.

So what are your thoughts on his family? 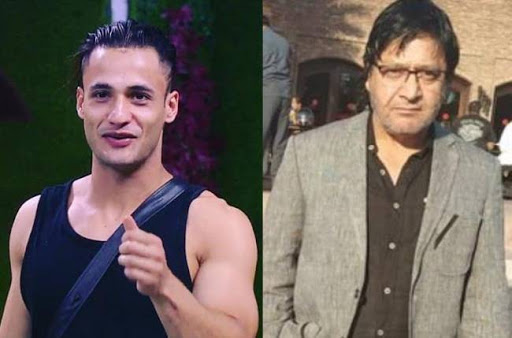