Over the years, the Indian telly world has gifted us with some of its best daily soap actors. Stars who not only leave us breathless with their acting but also their fashion sense. One such star we all know is Mohsin Khan and we are here to tell you more about why we love him.
Mohsin Khan is rightly everything a woman can die for.

From smoking looks to the exemplary talent of breathing life into his characters, Khan is killing it in all the scenarios. Khan, in a short while, has been all from being the favorite boyfriend, beta, pati and a family man in true sense for the Indian television industry.

Mr. Khan was spotted and well-appreciated for his work in these shows. That’s how he landed the role of Kartik Goenka in Yeh Rishta Kya Kehlata Hai, and there has been no stopping since then.

Rajan Shahi’s pairing of Mohsin Khan and Shivangi Joshi together has been ruling the hearts of the audience since it took center stage.
However, Mohsin is also known for his great features like his piercing eyes, flawless skin and well-built body. We see him on screen in suits that make him look super dashing all the time.

But when he wears traditional outfits, it is a whole different level of hotness. We hope to see more of Mohsin and his great looks in the years to come.

So boys, if you are planning to go all good and handsome with perfect attire than, take some style lessons from Mohsin Khan. 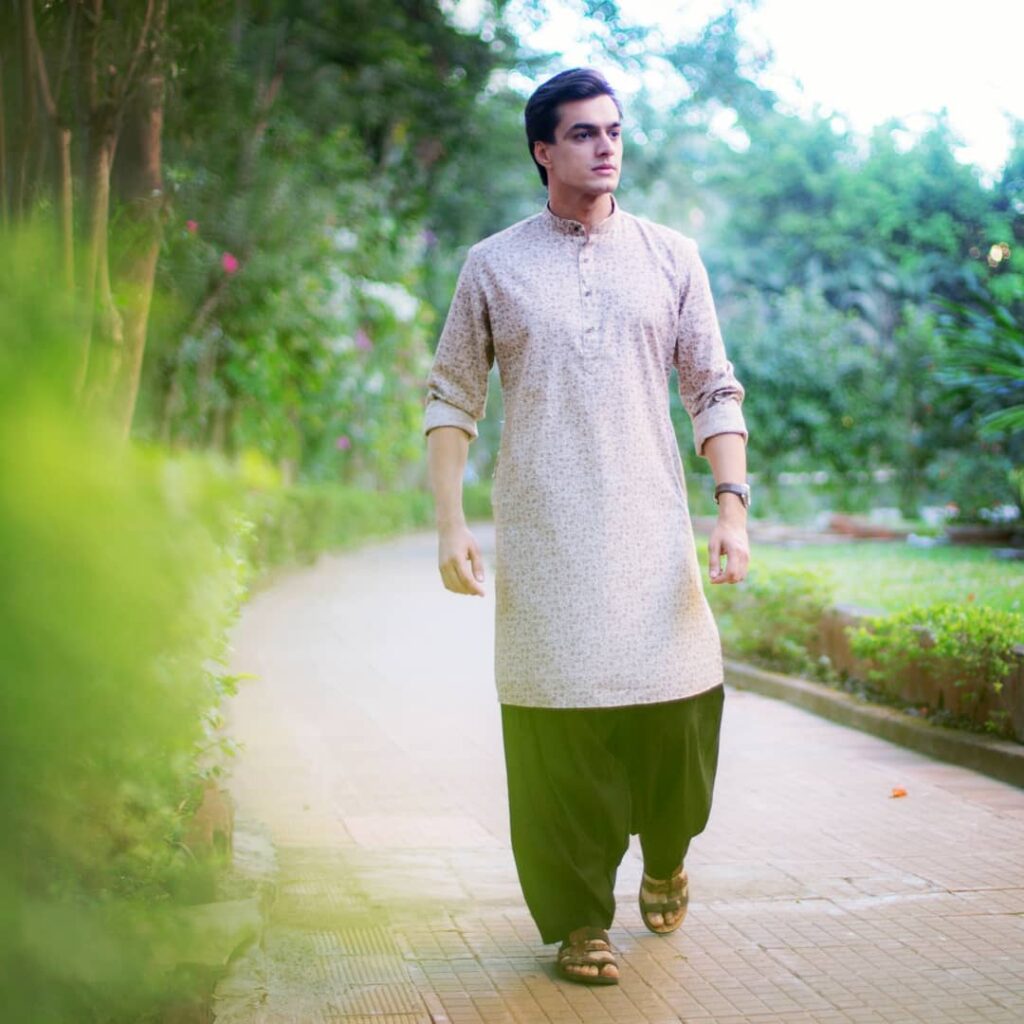