After the success of the first two seasons of Lootere – Bandits of British India, comes the third instalment of the series that features stories of the famous bandits of India who were branded hereditary dacoits by the British striving to attain mastery of a land and people they were still struggling to understand.

Times were tumultuous in 19th century India. The waning Mughal power and the upsurge of the British Empire was eradicating old ways and setting new trends. There were many who suffered in this cusp of cultures. Some turned to looting the rich; not always distributing amongst the poor. Lootere brings alive these troubled times with the thrill of a cops and robbers chase.

Sharing details about the show, Akul Tripathi, Content and Programming Head, EPIC TV, said, “Local communities and tribes such as the Waghers, Bheels, Sanyasis, and Banjaras resorted to looting and plundering in a time of great social and political upheaval. Often, for the acts of some, entire tribes were branded as hereditary dacoits and kept on the fringes of society – a wrong that was corrected only post-independence. Season 3 of Lootere tells the story of these tribes.”

BHILS: One of the sub-continent’s oldest inhabitants, they lived in the forests and hill ranges of Khandesh and Rajputana and enjoyed good relations with the Rajputs and Marathas who ruled this region. However, after 1818, the politics of this region began to change when the British forces were expanding with unmatched cruelty and shrewdness. The intentions of the British were to clean up the forests and their main aspiration was to deprive the Bheels of their forests in order to ‘clean’ the country. This not only made the Bheels rebel several times but also drove them to highway robbery and lawlessness.

SANYASI REBELS: Literally, Sanyasi referred to one who renounces the world for the sake of spiritual life. The Fakirs and Sanyasis used to travel to North Bengal to visit various shrines and pilgrim sites and as a tradition, they used to collect alms from local Zamindars – a means of livelihood that was interfered on by the British, prompting an organised revolt.

WAGHERS: Waghers, rulers of Okhamandal, were a major landowning community in the Dwarka sub-division of present day Jamnagar District in Gujarat. Restrictions on their trade and taxes levied on them, compelled many to become daring pirates.

BANJARAS: The Banjaras were an ethnic community that included acrobats, singers, dancers, tightrope-walkers, and fortune-tellers. With the implementation of exploitative colonial policies, the traditional source of livelihood for the Banjaras started depleting. A fair share of them chose highway robberies, cattle-lifting, sheep-stealing and kidnapping children to make ends meet.

Tune in to Lootere Season 3 – Bandits of British India on EPIC TV, beginning June 14, every Thursday at 10 pm. 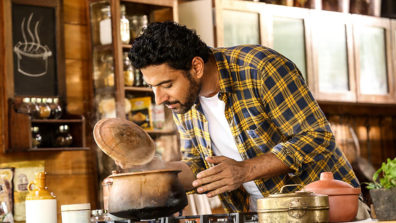