ET NOW, India's leading English business news channel from Times Network, has emerged as the most viewed channel on the day of the Interim Budget- February 1, 2019. 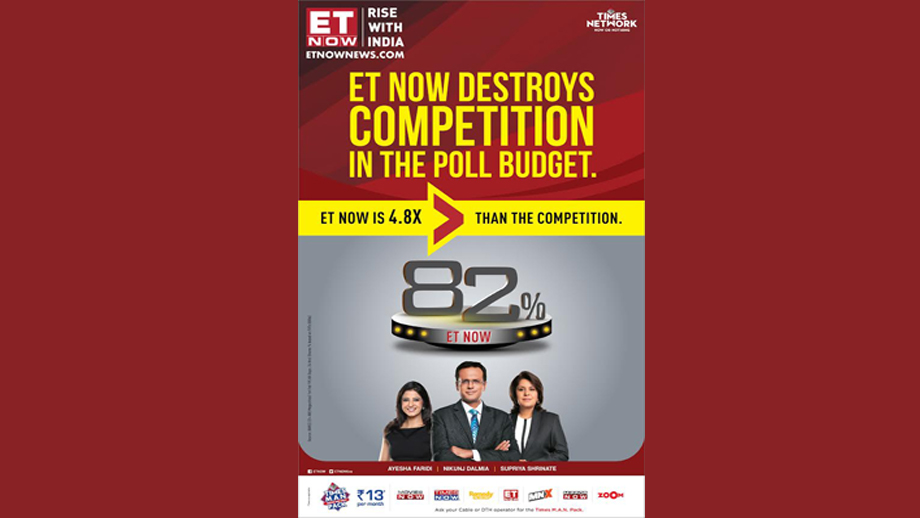 In the build-up to the Budget day with ‘Poll Vault’, ET Now featured a series of shows that focussed on the growth agenda for the government by bringing industry leaders from across sectors face to face with top policy-makers. Following the budget announcement, ET Now was the only news channel to interview the Finance Minister, Arun Jaitley and Former Finance Minister, P. Chidambaram on the day of budget.

Commenting on the ratings, Nikunj Dalmia, Managing Editor, ET Now said, “The right blend of content and in-depth analysis by experts and economists has led ET Now to rise ahead this budget. Country’s top policy-makers, including Finance Minister chose ET NOW as their choice is an endorsement of the channel’s preference amongst India’s think-tanks. The massive viewership that ET Now has received for Interim Budget 2019 is a clear indication that we have been successful in delivering the most comprehensive budget reportage to our viewers”.