Ramya Krishnan draws a resemblance to Kangana Ranaut as Zee TV introduces a finite series, Queen, for the first time on Television 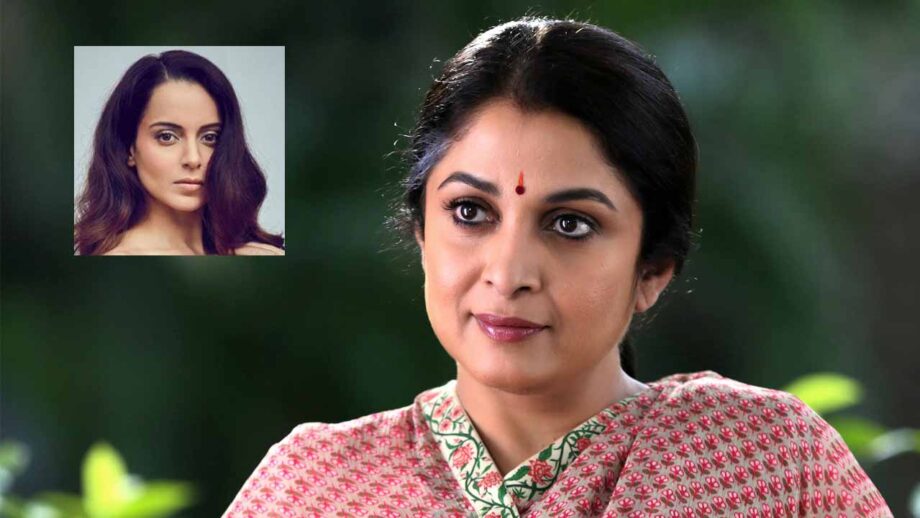 Over the past 27 years, Zee TV, India’s leading Hindi general entertainment channel, has always provided cutting-edge content and kept its audiences entertained through thick and thin. In this phase of social distancing with all of us in lockdown at home, Zee TV motivate’ s its viewers by narrating a hard-hitting story based on true life events. A powerful account of an ordinary girl who stood up to life’s curveballs with courage and strength to emerge as the extraordinary ‘Iron lady of Indian politics, Queen airs, every Saturday and Sunday at 10:30 pm only on Zee TV.

Bringing you the extraordinary journey of an ordinary girl, Queen chronicles the life of Shakti Seshadri, a spirited and determined woman whose vision and sense of resilience made her an epitome of strength for many like-minded women. Despite finding herself in several unfavorable circumstances at different stages of her life and being let down by some of the people she held closest to her heart, Shakti puts up a tough fight to emerge as a winner every step of her journey. In fact, the finite series captures her struggle with her family’s adverse financial position, her excelling in academics and rising to the ranks of a state topper to emerging as a leading superstar in the film industry and eventually becoming a voice to reckon with in Indian politics – the youngest chief minister of her state.

Essaying the powerful role of Shakti is none other than the ‘Iron lady of the film Industry’ who has acted in over 26o films across Telugu, Tamil, Kannada, Malayalam and Hindi. Drawing resemblance to the story-line and character played by Bollywood actor Kangana Ranaut in an upcoming movie, Ramya couldn’t help but be awed by the actress. “It is indeed great news that the subject has been picked up and people have the conviction to tell this truly inspiring story. Kangana is a gutsy, wonderful and self-made woman. I am actually her admirer and she is another Queen, if I must add. I am sure Kangana will do a great job” said Ramya