After a brief hiatus following the nationwide lockdown in India owing to the COVID-19 situation, Sony Pictures Networks India (SPN) has obtained all relevant government permissions to resume production for its television, film and OTT businesses in India.

The network is working closely with its production partners to ensure shoots resume in a controlled environment with strict compliance to all necessary government rules, regulations and safety protocols.

At SPN, health, hygiene and sanitisation are taken very seriously, and the network is doing all that it can to ensure the safety of its cast, crew and production partners. Other than cast and crew members, visitors will not be allowed on the sets.

Moreover, SPN is actively extending its support to the Indian Film and TV Producers Council (IFTPC) in containing and minimizing the adverse impact of the pandemic on our industry.

Firmly determined to extend full support to the fraternity in these difficult times, the network has undertaken the following specific initiatives:

Producers working with SPN, have been asked to strictly comply with all guidelines issued by the government and local authorities and ensure that they are not flouted in any manner whatsoever.

The network is recognized as an employer of choice within and outside the media industry. SPN is a recipient of several awards, including the Great Place to Work®, ‘Aon Best Employers India’ awards in recognition of SPN’s unique workplace culture and exceptional people practices, consistently ranking amongst India’s Top 10 Companies with Best Health & Wellness Practices by SHRM & CGP Partners and listed by Working Mother & AVTAR as one of the 100 Best Companies for Women in India. 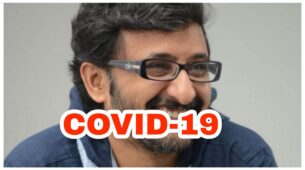 "Thank you all for keeping me in your prayers", Parth Samthaan's thank you post for fans