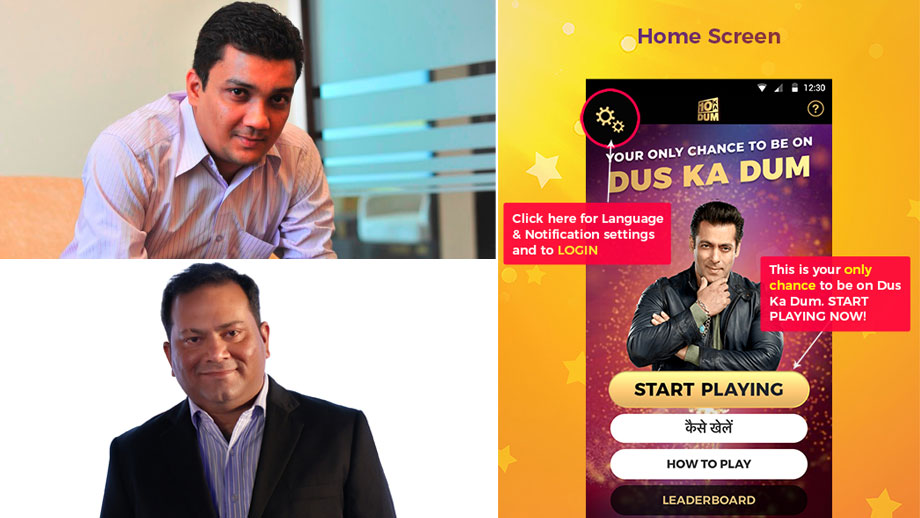 The meteoric rise in smartphone usage is leading to profound changes in how consumers today engage with the content across multiple screens. India is experiencing fast-paced growth. There are 780 million total number of television viewers and 359 million total number of smartphone users. SET believes the future of home entertainment lies in unleashing the Power of TV + Digital. Dus Ka Dum Convergence initiative goes live on 18th March.

Celebrating average India’s power of observation, the app will converge viewers’ data with the show content. Aptly positioned as a ‘Definitive Guide To Today’s India’, this app will be the only way for the viewers to audition and get an opportunity to share the screen space with the show’s original host and megastar, Salman Khan. The app will be exclusively available on Sony LIV – the digital arm of Sony Pictures Network (SPN).

Aimed at making Dus Ka Dum the most interactive television show in the world, the app will challenge the participants’ ‘power of observation’ about India and its people in separate phases; viz ‘Survey’ leading to ‘Audition’ and ‘Play Along’ once the show launches. It is a first in the history of world television that viewers’ insights received will form the backbone for the content in the form of probable questions in the show.

After downloading the app, users will have to answer simple yet quirky questions, reflecting their life, relationship, experiences, opinions and much more. These questions will be customized as per user profile and will be gamified across 40 levels. With every level, the user will not only gain more points but also get an inch closer to be a part of the game show along with winning exciting prizes. At every level, the app will create an intriguing trivia about the country, in the section ‘Kitne Pratishat Bhartiya’, give a real-time update on user ranking through Leaderboardalongside incentivizing users for inviting more people on social media. To up the engagement quotient, the app will bring alive the charismatic show host, Salman Khan, via special fun video messages and give users an opportunity to record a ‘velfie’ (Video Selfie) with the bhaijaan and share the same with the man himself.

“We believe in the power of convergence. We believe appointment viewing in Television for non-fiction show will be driven by interactivity. We believe it is time to use technology to provide an enhanced immersive experience to our audience through seamless entertainment flow across multiple screens. Dus Ka Dum is a blockbuster reality game show that is coming back to Indian television screen after a gap of 9 years with its original host, superstar Salman Khan and this convergence initiative will bring the show closer to our audience and generate an interactivity never seen before”

“At Sony Entertainment Television we believe that second screen need not compete but complement television screen to deepen viewer engagement. With this convergence initiative, we are using technology to enable the two screens to interact and create a great experience for our audiences. We are proud to announce this first of its kind initiative that amasses data generated around the consumers’ opinion & behavioural habits to form the content for the show. Being the world’s first convergence initiative, this innovation in the realm of increasing interactivity across screens is expected to break new grounds.”