Raksha Bandhan celebration on the set of The Drama Company 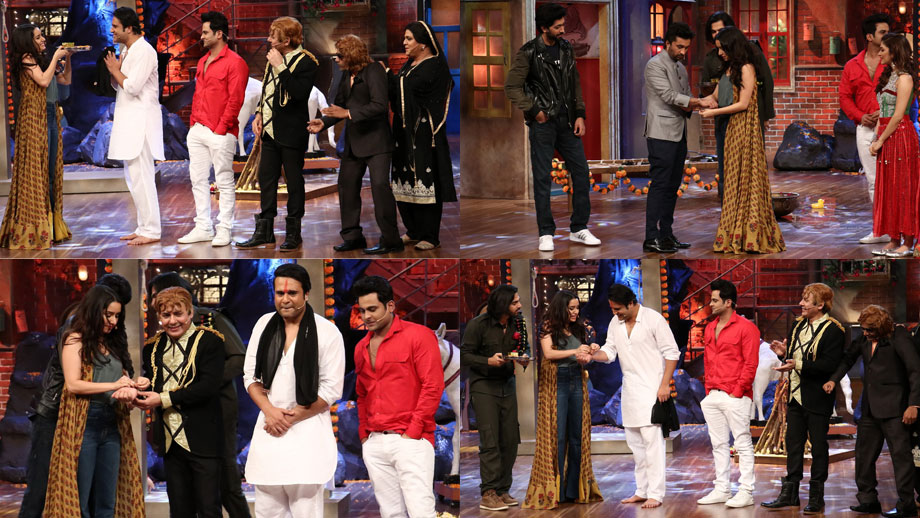 The star cast of Haseena Parkar were seen on Sony Entertainment Television’s The Drama Company to promote their film. Shraddha Kapoor, who will be seen sharing screen space with Siddhanth Kapoor for the first time celebrated Raksha Bandhan a week early on the set of the show.

The duo, who play Haseena and Dawood Ibrahim in the film, were on the sets of The Drama Company, when they tied the thread. Ankur Bhatia and Apoorva Lakhia also accompanied the siblings and were seen having a good time. For another big surprise, Shraddha Kapoor tied rakhi to Krushna Abhishek and Sudesh Lehri on the stage as well.

A source from the set revealed,” It was for the first time Shraddha Kapoor and Siddhanth Kapoor were seen together on television and this created a lot of excitement on set. Krushna Abhishek and Sudesh Lehri were also a part of the celebration and gave their new sister Shraddha Kapoor good blessings.”

Watch all episodes of The Drama Company on Saturday and Sunday at 8pm, only on Sony Entertainment Television!