It is a shocker when we hear a slap on a platform where everything is all about dance, but with actors deep into their zones of characterisation- it certainly is possible! A lot has been happening on the sets of Nach Baliye 9. It is being hailed as one of the most eagerly awaited shows that TV has seen and preparations and couple rehearsals are on for the premiere of the dance reality show.

In one such rehearsal, Rahul Mahajan and Shrenu Parekh, the guest couple who have been invited to perform at the Grand Premier of the show, got so deep into the rehearsal that Rahul Mahajan actually asked Shrenu to slap him. The couple was rehearsing on the song ‘second hand jawani’ which required Shrenu to slap Rahul for the comedy act in the form of the choreography that had been taught to them. Although Shrenu was hesitant to slap Rahul, Rahul went ahead and asked Shrenu to slap him hard as it would be more convincing and would add a realistic touch to an otherwise comic act.

Telling us more about it, Shrenu shares, “It was a fun experience, too much fun with the act, the performance and the rehearsals. It was such a painful thing to do. He kept saying chalega tu slap kar koi problem nahi. And to be honest, last shot mein I kinda slapped him hard. But he’s a great sport. It’s exciting there will be lots of twists and turns and it’ll be great to watch this year’s Nach”.

The upcoming dance reality show has been in much news due to the gradual announcement of jodis and especially for the new twist in the concept of the show which will present five ex-couples and five current couples as contestants on the show. Needless to say, the fans are going berserk already and the audience is waiting for the show to air.

Nach Baliye 9 is being produced by Salman Khan and will air in the month of July, on Star Plus. 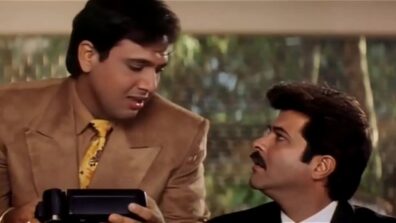 No elimination this week in Nach Baliye 9 Nach Baliye 9: Shantanu and Nityaami make hearts connect with their next