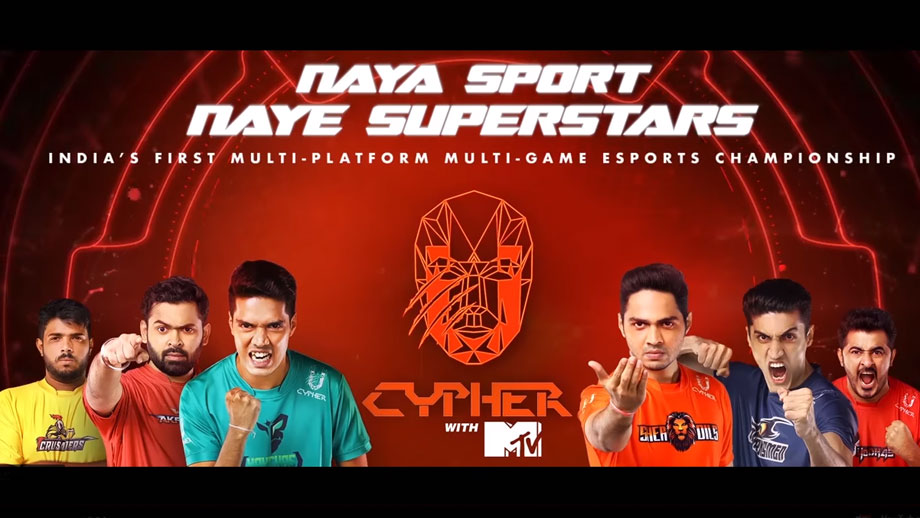 It’s been a week since India’s first ever Multi-Platform Multi-Game E-Sports Championship, U Cypher with MTV launched, and it’s already taken the country by storm! With exciting games, characters and E-athletes, in its few days since commencement, the championship has already seen numerous twists and turns, enough to keep you glued to the edge of your seat. And now we have another layer added to this already exciting tournament! U Sports has just revealed a cracker of a title track, called ‘Hum Gamer Hain! – The U Cypher Title Track’.

The song has some foot-tapping, catchy lyrics and even more enthralling visuals! While E-Sports is slowly making it to the centre-stage across India, the music video is aimed at showcasing who these gamers are, and present to the nation, the superstars of tomorrow. The video is sure to inspire many to look at E-Sports as a future profession.

The lead singer of Laxmi Bomb, Keegan Pereira comments “We wanted to compose a track that not only relates to the audience of U Cypher but the entire E-Sports community. Being E-Sports enthusiasts ourselves, we instantly knew how we wanted to go about Hum Gamer Hain. We are humbled by the response the track has received and hope the enthusiasm for a sport like this only keeps increasing”

Supratik Sen, Co-Founder & CEO, U Sports said “We wanted a blend of fun and urbanscape music for U Cypher’s first official track and the ‘Hum Gamer Hain’ track correctly expresses the passion and drive of the gamers for E-Sports. The response to the song has been incredible.”

Starring all captains from U Cypher and the hosts, Varun Sood and Ayesha Adlakha. The track was created by Mumbai based band Laxmi Bomb.

#HumGamerHain was trending on Twitter as well, only creating more and more awareness about the sport!

The idea was conceptualized and executed by Sparkt India.