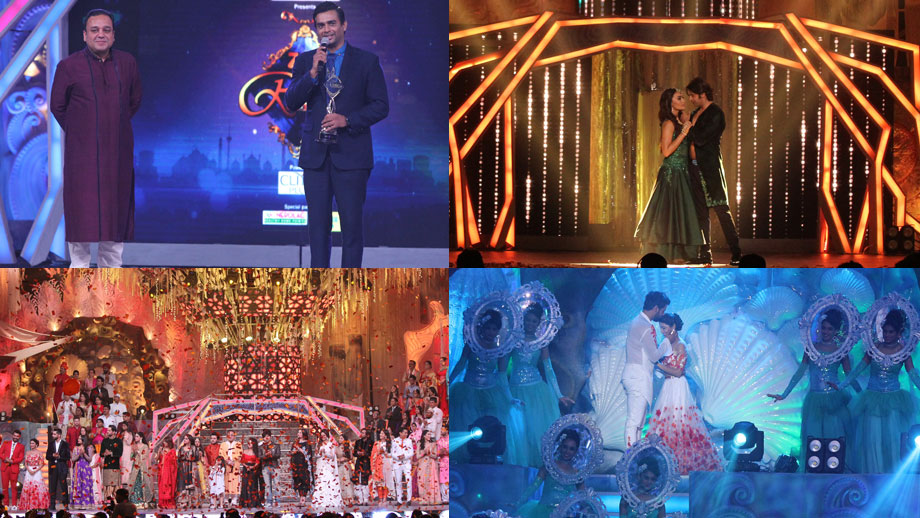 It all began with Zee TV pioneering satellite television in India 25 years ago! What followed is a glorious journey where the channel has been constantly committed to presenting unparalleled content, memorable stories and relatable characters to millions of viewers across the globe. From introducing homegrown show formats like Sa Re Ga Ma Pa, Dance India Dance and India’s Best Dramebaaz that celebrate the talent, hopes and aspirations of the common man to presenting path-breaking shows like Agle Janam Mohe Bitiya Hi Kijo, Saat Phere, Afsar Bitiya, Phir Subah Hogi, Pavitra Rishta, Doli Armaanon Ki and Punarviivaah that question prevalent mindsets and resonate with the ever-evolving sensibilities of the great Indian middle class, the channel has built a strong personal relationship with each of its viewers. And, honouring this relationship that has been forged and cemented over Zee TV’s 25 year journey, Zee Rishtey Awards 2017 will witness a coming together of the entire Zee family as they collectively rejoice ‘Rishta Mubarak’.

Year after year, Zee TV has carried on its legacy of celebrating the relationships within its family of actors, directors, producers, creative teams, technicians and the special one it has built with its viewers through its annual property – ‘Zee Rishtey Awards’. Commemorating the 25 years of emotions and memories, fostered with viewers and talent alike, the channel brought together the entire Zee family for a special celebration – The ‘Dabur Red Ayurvedic Gel presents Zee Rishtey Awards 2017 with special partners Nerolac Healthy Home Paints and Finolex Cables’, a glitzy awards soiree held at Mumbai’s NSCI DOME on Sunday, 10th September 2017 and to be telecast at 7 PM on 15th October on Zee TV.

Setting their sights on the future, the Zee Rishtey Awards 2017 will transport viewers from the gloomy monsoons into a world surpassing the boundaries of their imagination with a specially created Silver Jubilee Futuristic theme. In keeping with the 25-year anniversary festivities, the red carpet will be themed as a walk down memory lane with hosts Asha Negi, Rupali Jagga, Jaskaran and Preetjot reminiscing about the artists’ fun-filled memories. With the future being the flavour of the evening, every star-studded performance at the Zee Rishtey Awards 2017 will bring with it a promise to take entertainment to an all-new high. The opening act will feature the most popular pillars of  Zee TV – the main leads of all its current primetime shows who will kick-off the celebrations with a bang. Zee TV’s iconic jodis – Agle Janam Mohe Bitiya Hi Kijo’s Laali (Ratan Rajput) and Shekar (Abhishek Rawat), Doli Armaano Ki’s Urmi (Neha Marda) and Samrat (Mohit Malik), Qubool Hai’s Sanam (Surbhi Jyoti) and Aahil (Karanvir Bohra) will also recreate the magic of their on-screen love stories. India’s favorite television couple Abhi–Pragya (Shabbir Ahluwalia and Sriti Jha) will redefine romance with an arresting, visually brilliant act. Zee Rishtey Awards 2017 will  not only celebrate acting and technical expertise, but also commemorate the bonds fostered with talent like R Madhavan and Ankita Lokhande who have gone on to make a mark for themselves after a glorious kick-start to their careers with Zee TV. Celebrating her unparalleled success in the world of television and films, there will also be a special award presented to Ekta Kapoor who debuted as a producer with Zee TV.

So get ready for a night of nostalgia, fun and glamour with the Zee Rishtey Awards 2017, where entertainment will be served piping hot!