Launched in 1992 against the backdrop of post-liberalization with its socio-economic and cultural upheaval, Zee TV brought a new meaning to entertainment in India. It revolutionized the television space with content that mirrored the common man’s life and dreams. Its home-grown non-fiction formats gave a platform to his aspirations. Twenty-five years later, the pioneer of satellite television still stands tall as a leading player and continues to celebrate the hopes and ambitions of the great Indian middle class. Now, as the channel embarks on the next leg of its journey, Zee TV unveils its new ideology, encapsulated in a powerful line – Aaj Likhenge Kal. Through its inspiring characters and stories, the channel endeavours to provide the spark that encourages its viewers to draw from their own inner strength and take charge of their destinies. This fresh reiteration of its brand purpose urges the audiences to curate their own extraordinary future.

This new brand identity will be revealed to Zee TV’s global audiences during the telecast of ‘Dabur Red Ayurvedic Gel Presents Zee Rishtey Awards co-powered by Clinic Plus and Himalaya Body Lotion Special Partners Nerolac Paints and Finolex Cables’ to be aired on the channel on Sunday, 15th October 2017 starting 7 PM.

Punit Misra, CEO – Zee Entertainment Enterprises Limited, Domestic Broadcast Business said, “As a pioneer of the satellite broadcast space, Zee TV’s content has always highlighted values that are deeply ingrained in the middle-class audiences around the world. As we look forward to the next leg of our journey, it is important for us to continuously reflect the aspirations of the evolving viewer, and inspire them to be their extraordinary self. Aaj Likhenge Kal is a brand and content mantra which will translate into a stronger bond with viewers. We wish to walk along the life journeys of our viewers and nudge and support them to proactively take control of their destinies. Zee TV’s evolution of its brand proposition is a part of a larger brand refresh exercise for our organization”

The Aaj Likhenge Kal philosophy is brought alive with a brand new visual identity, where each element   signifies the aspiration of the great Indian middle class. The circular logo denotes the universal appeal of Zee TV’s all-inclusive content. The orange colour represents the inner glow or radiance that emanates from within – a symbol of positivity and confidence that the brand echoes. The brand packaging will be brought alive through elements of nature such as fire, earth, water, air – the diya which represents light and hope, the blooming of an orange flower that stands for the beauty of life and evolution, gold that denotes eternal richness and mosaic which enunciates the power of synergy that stems from several fragmented pieces coming together to form a beautiful whole.

Deepak Rajadhyaksha, Deputy Business Head – Zee TV said, “With Aaj Likhenge Kal, we are cementing the building blocks of our relationship with viewers. As we move forward, we hope to unlock the India of our dreams by serving as catalysts in transforming the middle-class into self-motivated go-getters, reaching out for their extraordinary. Our shows, be it the existing line-up or the new launches, will be in reflective of our core proposition. With them, we wish to ignite a spark amongst our viewers to fight both intrinsic and societal battles, and proactively transform their destinies to shape a beautiful tomorrow.”

Prathyusha Agarwal, CMO, ZEEL said, “As we bring alive our brand philosophy through our shows and characters, a robust marketing strategy will establish and amplify the brand POV through multiple brand assets. Our brand anthem, composed by Vishal Bharadwaj, sung by Shreya Ghoshal and Arijit Singh hums the extraordinary journeys our audiences are making and hopes to be the voice of this unwavering spirit.   Our brand film captures the essence of the great Indian middle class rising and aims to spark many more to take the leap. To truly touch people’s lives with the essence of Aaj Likhenge Kal this Diwali, Zee TV will bring light to the nation’s budding future through mobile vans with LED lit installations of the new logo. These vans, strategically placed, will provide light for those who would otherwise study under street lamps”

Further bringing alive the essence of its core proposition, Zee TV will set yet another precedent for the industry – a format innovation in the Hindi GEC space – a first-of-its-kind brand feature film titled ‘Aaj Likhenge Kal’. The feature film will span its entire primetime of four and a half hours integrating through all of Zee TV’s fiction offerings.  This film narrates a young girl Pakhi’s resolve to make her mother Meera realize her dream of becoming a medical officer for the naval forces will have each of Zee TV’s popular fiction protagonists stepping in to help the mother-daughter duo in their quest for self-actualisation. Replete with drama, a wedding, interesting twists and turns to engage viewers and some naach gaana, this biggest blockbuster of all Mahasangams will be aired on 16thOctober 2017.  As the programming line-up continues to develop further in upcoming months, Aaj Likhenge Kal will take precedence in all aspects of content design encouraging viewers to make their lives truly extraordinary.

With Aaj Likhenge Kal, Zee TV aspires to ignite a spark amongst the great Indian middle class to achieve their extraordinary. 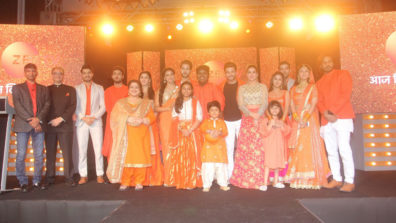 Zee TV strengthens its leadership on the back of its brand refresh! 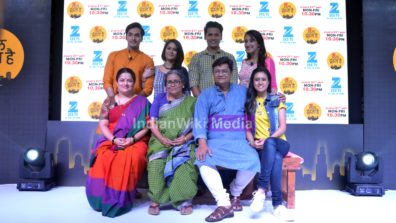 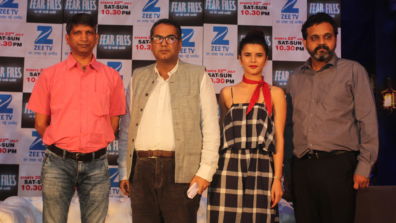 Get ready for fright night with Zee TV’s Fear Files 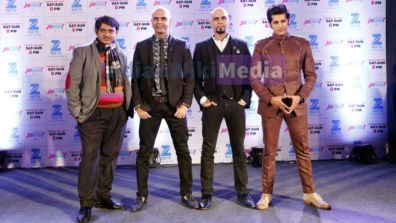 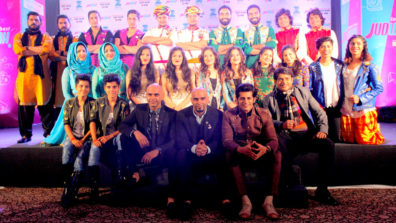 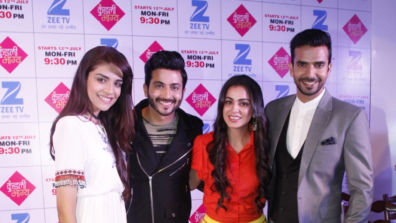 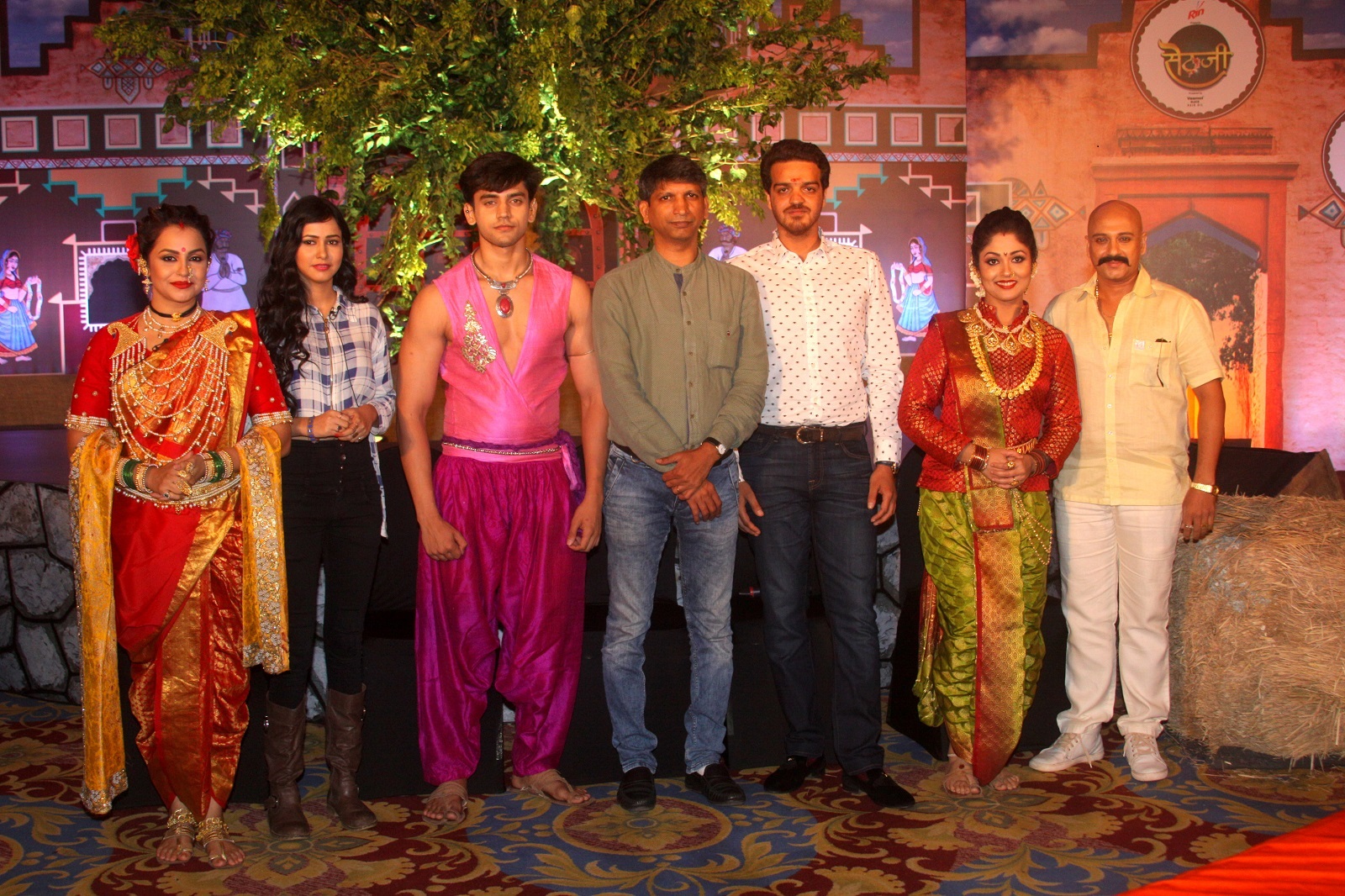