The actor struggled with his heavy headgear at the shoot of the niqaah sequence on Zee TV’s Ishq Subhan Allah. 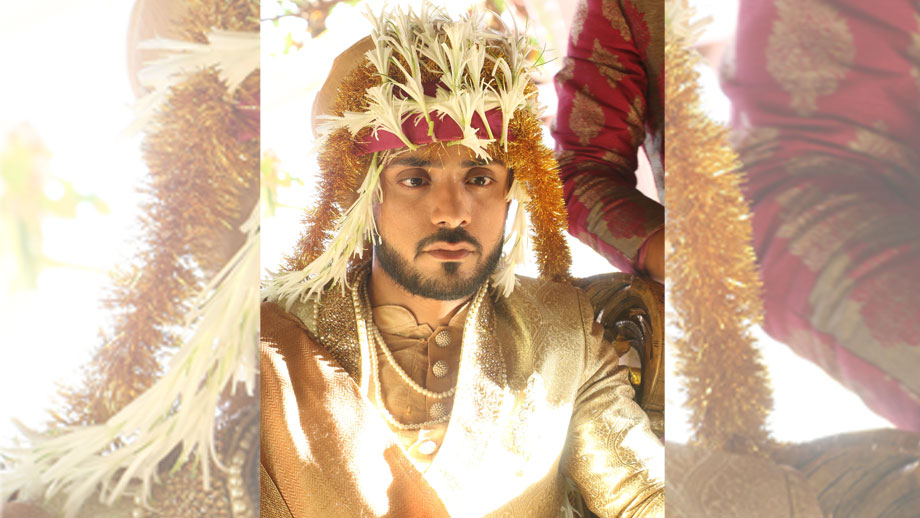 The show’s lead couple Kabeer (Adnan Khan)  – a staunch, traditionalist hard-liner Muslim and Zara (Eisha Singh) – a modern, liberal Muslim do not see eye to eye in terms of their understanding of religion and how it can be applied to their daily lives. However, a sudden turn of events will see the two of them getting married much against their own wishes.

While the viewers are looking forward to the drama that unfolds between Zara and Kabeer during their niqaah ceremony, lead actors Eisha Singh and Adnan Khan have been putting in a great amount of effort to deliver a flawless shot.  Though Eisha Singh was dressed in a beautiful heavy lehenga especially designed for her, lead actor Adnan Khan’s uber-stylish look in a traditional sherwani was weighed down by his heavy sehra. The sehra added some extra weight to the actor’s head which made shooting the sequences extremely difficult for him. In fact, the talented actor spent most of his break-time managing and fixing his sehra to ensure that it did not affect the shoot.

Commenting on this, Adnan Khan said, “I am about 6 feet tall and the sehra I was wearing seemed to extend across almost my entire frame. Since it was made out of real flowers, it was quite heavy. I ended up spending most of my break time re-adjusting the sehra because it was a key element in my groom avatar for the wedding sequences. Even though it was a challenging process, shooting for the niqaah ceremony was a wonderful experience. I really hope the audiences enjoy watching Zara and Kabeer’s niqaah ceremony and the drama that unfolds thereon.”