Aly Goni gets emotional on the sets of Nach Baliye 9 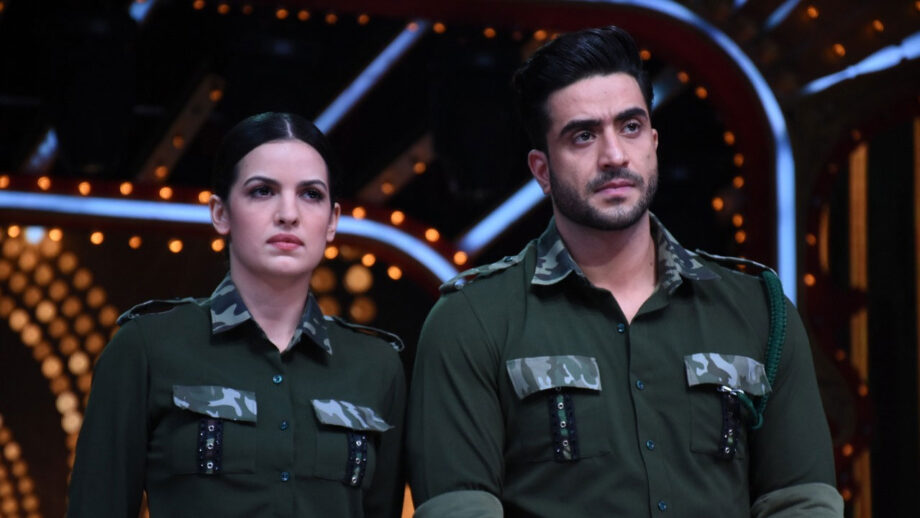 Star Plus’ popular celebrity dance reality show Nach Baliye 9 has set new benchmarks of excellence in the world of dance and raised the entertainment quotient with some dhamakedar performances by its talented contestants. As the competition gets more and more intense, the top jodis are pulling out all the stops to present pathbreaking performances and impress everyone with their scintillating moves. One such jodi Aly Goni and Natasa Stankovic have always been consistent in mesmerizing the judges with their outstanding performance. This week, the viewers surprisingly will witness one of the most unusual sides of the handsome actor Aly Goni as he breakdowns on the sets of Nach Baliye 9.

Last week, things didn’t transpire as expected for the gorgeous actor Natasa Stankovic as she stormed out from the sets because she blanked out thrice on stage during her performance. Seeing Natasha’s behavior, the judges were furious and very annoyed. But this week, she mesmerized the judges- Raveena Tandon and Ahmed khan with her phenomenal performance. Seeing Aly and Natasa’s performance, Judges commented, “We were eagerly waiting for this kind of excellent performance. This definitely sets a new benchmark of the other participants.” To clear the perspective built on Natasa, Aly Goni decided to speak up on behalf of his ex-girlfriend. While clearing the allegations on Natasa, Aly couldn’t resist and broke down in front of everyone present at the set.

Breaking down at the sets, the charming actor said, “Natasa is not rude at all.  It’s just, people misunderstand her as she can’t converse much in Hindi and she is not that expressive too.” He further added, “Jab isko taklif hoti hai mera dil jalta hai”