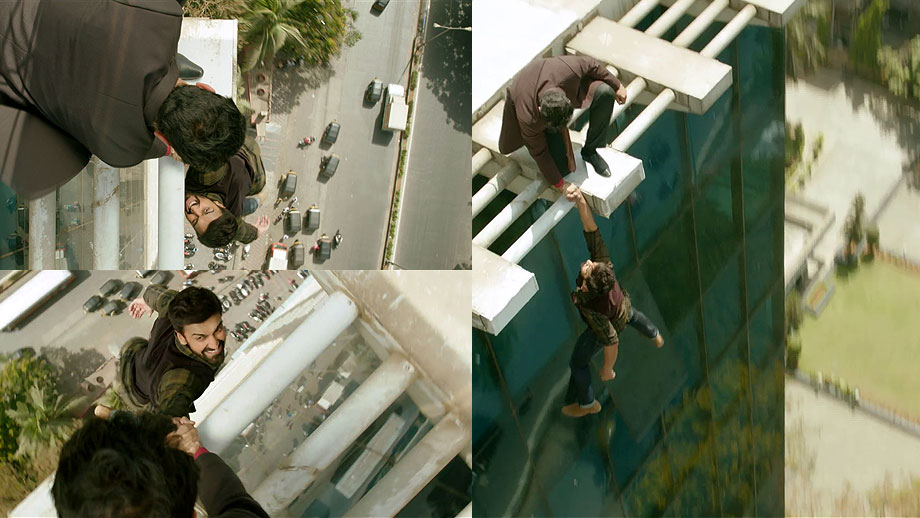 Actor Ashish Chowdhry who is making a comeback with COLORS’ Dev, recently had an exhilarating experience while shooting for the show. For one of the sequences Ashish was required to be suspended from a harness from atop a 21-storey building. The actor who has sustained a few injures while performing a stunt in the past, was determined to perform this stunt himself. So, Ashish went ahead and agreed to be suspended from the building without any safety gear or safety nets. And the result? Ashish delivered a flawless take which wowed the show’s creative team!

Commenting on the sequence, Ashish said, “While I have done many stunts in my career, this has been the craziest one ever. The scene in question required me to be suspended from atop a 21 storey building for a 5min scene. I had to be suspended from that height for 4 hours continuously. I thought that was a better option, because going up and coming back to being suspended was a mentally taxing option. It was a glass building and even holding on to a pipe, balcony or window in case of a mishap was not an option. Hanging on a harness for a long period also takes a toll on your body as the entire body tends to go numb because the blood flow is hampered momentarily. The creative team ensured me that the stunt would be performed under strict supervision, yet when you know there’s no coming back in case anything goes wrong, the process makes you vulnerable. For the first time I couldn’t think of anything but going back to my family in one piece.. And, thanks to them, we eventually managed to get a fabulous introduction for Dev; it felt amazingly exhilarating!”

To see Ashish perform many such daredevil stunts, watch Dev from 5th Aug onwards, every Saturday – Sunday, at 10:00 pm on COLORS!