Read to know the reason why Barun Sobti went viral Barun Sobti is one of the most popular TV actors.

The young star became a household name with his role as Arnav an arrogant business tycoon in one of the most loved shows Iss Pyaar Ko Kya Naam Doon.

Barun is lauded for his brilliant acting abilities that touch our hearts. This Punjabi Munda has millions of fans, all because of his great acting and captivating looks. Versatility has been his strong point and he has even managed to win hearts with her acting.

Barun who debuted with Shraddha on TV and went on to do the lead role in Baat Hamari Pakki Hai hit the pinnacle of success through Iss Pyaar Ko Kya Naam Doon. His pairing with Sanaya Irani was a success story and this was the reason why he went viral.

Barun’s intense role was loved by fans. Also, his chemistry with Sanaya was amazing and fans loved the on-screen couple.

He has recently found huge success on the web platform with series The Great Indian Dysfunctional Family, Asur, etc.

We wish he continues to achieve great heights in his career! 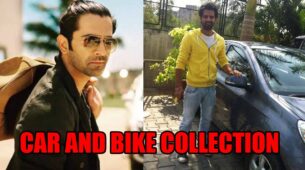