Over the years the telly actors are ruling our hearts with their acting skills and dashing looks. We too know two such actors and need your help to make a choice. Dheeraj Dhoopar is one of the finest actors of the Indian Television Industry. He made his mark in the industry with widely loved serials like Kundali Bhagya and Sasural Simar Ka. He has a great physique, perfect jaw-line and a sophisticated style. He has a fan base of over a million and it is on a continuous rise. It is difficult to move your gaze away from him.

On the opposite end, we have Shaheer Sheikh, the television sweetheart. He has won numerous accolades for his acting skills. He is one actor who is extremely handsome, has a well-built body and flowy hair. He has a lot of admirers among men as well, as they idolise him. He has made it to various lists featuring Most Desirable Men of the year and even jumped up the list with passing years.

We think both the actors are equally talented and thus leave up to you to decide who is the ultimate hunk, as we failed to pick one. 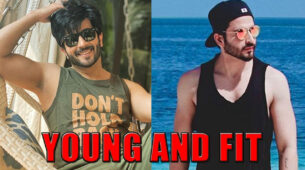