Donal got locked in the car for real. 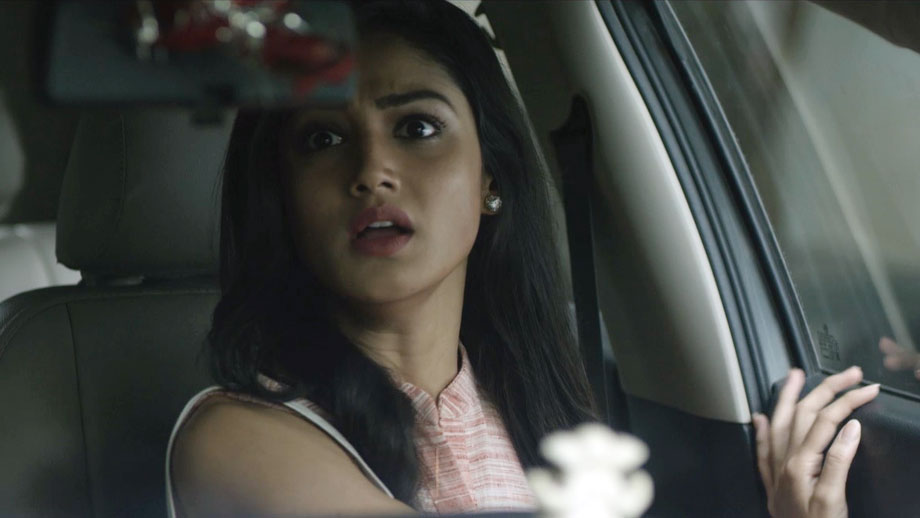 One of the most intriguing television shows ‘Ek Deewaana Tha’ has been keeping the audiences on tenterhooks with its multiple suspense sequences. This out-of-the-world tale is a complex love triangle between the three central characters, Shiv portrayed by Namik Paul, Sharanya portrayed by Donal Bisht and Vyom portrayed by Vikram Singh Chauhan. A unique narrative about a spirit that has returned from the domains of death.

The recent track shows Sharanya who is suffering from memory loss trying to find out things from her past and Vyom who is in love with her (played by Vikram Singh Chauhan) has been at her side constantly to piece things together. In one of the current sequences, Sharanya gets trapped in the car due to an internal failure, however during the shoot due to a technical mishap the doors got locked trapping her in the car for real.

When contacted, Donal said, “Recently, we shot an action sequence wherein I get trapped in a car. However, due to a factual mechanical mishap, the doors of the car got stuck for real and smoke started filling in the car. Fortunately, the entire crew swiftly rescued me from the vehicle as I am claustrophobic. It was an unnerving experience and am glad that I was rescued in the nick of time!”

Tune in to the unique love story ‘Ek Deewana Tha’ on Sony Entertainment Television every Monday to Friday at 10.00 pm