There are many love stories but only a few are relatable and can connect with the viewers. One such story was of Suman and Shravan who engaged the audiences through their amazing chemistry.

This is the reason why Sony Entertainment Television’s Ek Duje Ke Vaaste was a great hit and the show is now returning with its second season this February 2020. Produced by StudioNEXT, the show will see two budding actors – Mohit Kumar and Kanika Kapur – playing the lead roles of Shravan and Suman respectively. Set against the army backdrop, Ek Duje Ke Vaaste 2 is a stunning love story that highlights how the absence of an apology during a misunderstanding, can spell the death knell for a relationship.

Recently, the team shot their first promo in Ladakh in terribly cold weather. While the cast and crew were shivering, the duo decided to make themselves comfortable around the bonfire. All of them were seen enjoying together around the fire singing, playing games. While doing so, they even shot a few sequences for the promo, during which the sizzling chemistry of Suman and Shravan was highlighted. The two young actors looked quite admirable as they gazed deeply into each other’s eyes.

Speaking about the sequence, Kanika said, “It was cold when we shot in Ladakh for the promo, but it was a beautiful experience with a wonderful start to our show. While shooting we had so much fun during the bonfire sequence. It was a romantic one. I think Mohit and I have become really good friends while working together which has benefited us to perform sequences which highlight strong chemistry between Suman and Shravan”. 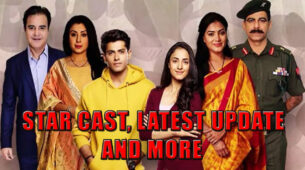 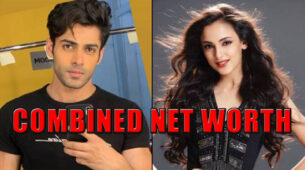