Who would you like to see Erica Fernandes with…Shaheer Sheikh or Parth Samthaan? Take the poll below! We have seen how the chemistry of actors and actresses lead to manipulation in the mind of fans. Right from being on-screen lovers to off-screen friends, the journey of both of them inspire their fans and make them think they would be seen again on-screen. And such a thing is again happening with the three actors-Erica Fernandes, Parth Samthaan, and Shaheer Sheikh.

So, who would you like to see Erica Fernandes with…Shaheer Sheikh or Parth Samthaan?

Vote here for the best

Bing-watch IWMBuzz.com for such interesting facts and news, stay safe. 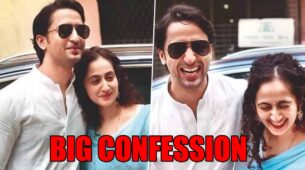