The families and friends of the top 5 contestants of Sony TV’s Indian Idol celebrate on the set. 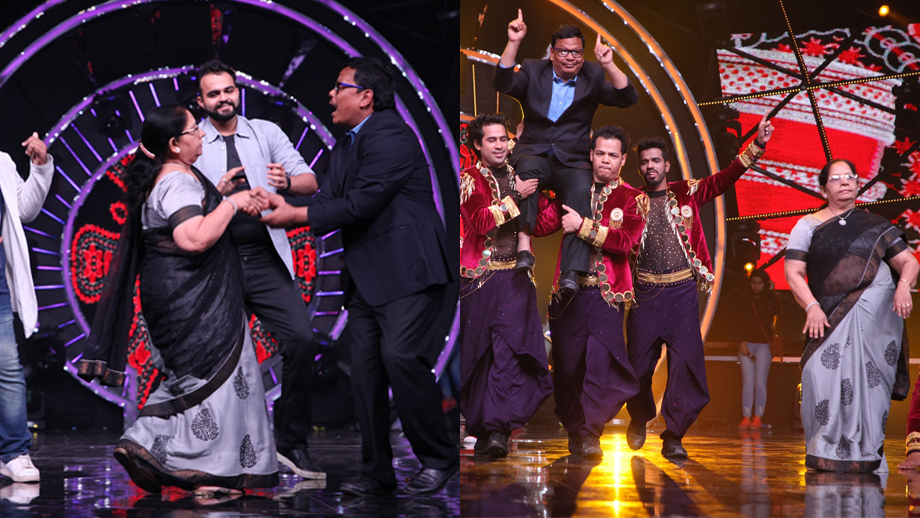 Family is the single most influence in a child’s life. They are the only ones who are there in your good and bad times. Their unconditional support can help achieve the impossible.  Season 10 of Indian Idol saw many such emotional moments of the contestants with their families. From celebrating their wow moments to standing like a rock in their down moments, the family stood like a rock solid support to them.

From Neelanjana’s father, a hardcore Mithun fan to Kunal’s ‘puntars’ a.k.a. friends who were the butt of Maniesh’s jokes after every performance to the adorable Daadi of Vibhor, they all wooed the audience with their innocence. This season, it was not just the contestants but their family members too who have become very popular. In the journey of 6 months, one of such family members who became an absolute favorite has been Vibhor’s Daadi. Her loveable personality and her love for dance made her the most popular family member on the sets of Idol. She has expressed her love for dance and for the guests who graced the show without any hesitation.

Vibhor’s relationship with her Daadi was one of the most special bonds that one saw this year on Indian Idol. She was with him as his support system throughout the season. Since she had always been one of the highlights of the show, the team decided to plan something for her and the idea clicked with the creative team and they planned a special segment with the families of these contestants where they danced and celebrated the achievements of their children, adding on to their energy levels. It was a very special and emotional moment as the families bonded with each other. This season will truly be remembered for these special family moments and the last celebration on the finale week just made it to be a perfect and memorable ending. Neha Kakkar Posts The Funniest Moment Of Her With Vishal Dadlani & Himesh Reshammiya: Watch The Video Neha Kakkar's Best Moments On Indian Idol: Have A Look