The journey of Shivangi Joshi to the fandom! We all have been crushing on our favorite actress right from the moment, we saw her first time on-screen, right? Right from being one of the best actresses on-screen to be the hot and bold actress in real life, Shivangi Joshi of Yeh Rishta Kya Kehlata Hai has come a long way in telly town.

Shivangi Joshi started her career with Zee TV’s Khelti Hai Zindagi Aankh Micholi in 2013. She was seen as Trisha in the show. It wasn’t a big role but boosted Shivangi Joshi’s career. Later, she also got to play the role of Aayat Haider in Beintehaa in the same year. Also, she was selected in the Love By Chance but did a small role.

But it was Begusarai which gave Shivangi Joshi fame and brought her to the top. The show starred many stars like Shweta Tripathi, Sartaj Gill, Shivangi Joshi, and Vishal Aditya Singh. The story was set in Bihar. Shivangi Joshi did a wonderful job and came to the notice as she made some fans there. After the success in Begusarai, Shivangi Joshi was also seen in Pyaar Tune Kya Kiya and Yeh Hai Aashiqui.

Lastly, let’s come to the current show, Yeh Rishta Kya Kya Kehlata Hai where we see Shivangi Joshi playing the iconic and loving role of Naira Goenka. The show came as a blessing in Shivangi Joshi’s life as it made her one of the most successful actresses in the industry.

Till today, Shivangi Joshi won all the awards she was nominated for her show Yeh Rishta Kya Kehlata Hai. Best Debut Female, Best Onscreen Jodi, Best Actress, and Best Actor Female (Popular) well, all these factors do make her the most desirable actress on television, right? 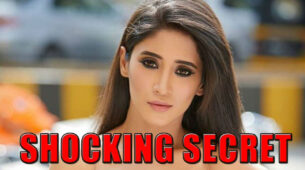