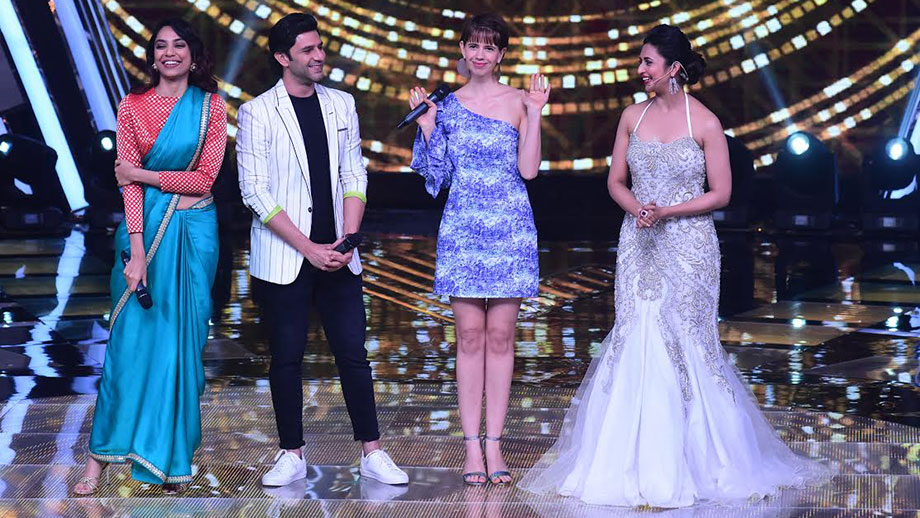 StarPlus’ The Voice is an entertainment package with the maestros of music and greatest talents from around the nation. The show was graced by Bollywood’s glitterati Kalki Kochlin, Arjun Mathur and Sobhita Dhulipala who took the entertainment quotient a notch higher.

The cast of ‘Made In Heaven’ made a very interesting entry as they came in grooving with Band Baja Baraat giving the complete vibe of wedding bells in the air. Having the best wedding planners on the show really livened the aura with power packed music performances .The contestants and the star cast of Made in Heaven moved and grooved as the soulful singer, Harshdeep Kaur performed her blockbuster song of Ek Ladki ko Dekha Toh Aisa Laga, “Gud Naal Ishq Mitha”. Everyone had a gala time and enjoyed themselves right from the grand entry of the cast till the end of a very entertaining night.”

It’ll be a treat to the sore sight watching an extremely fun-filled night where the star cast from Made in Heaven indulged in music, masti and laughter on StarPlus’ The Voice.