Who do you think is the TV king - Mohsin Khan vs Parth Samthaan? Parth Samthaan became a household name with his portrayal of Anurag Basu. The young actor has a massive female following, just as his romantic drama, Kasautii Zindagii Kay on Star Plus, has caught the attention of the audience. With his chocolate boy looks and dimpled smile, Parth is a true rock star and has captivated the hearts of the audience, not only through his acting but also by being very active on social media.

And on the other hand is the hot and handsome hunk, Mohsin Khan, who has mesmerized us with his charm and enigmatic personality and continues to do so in the television medium. Mohsin is idolized as one of the ideal betas of Indian television and has gained massive popularity. Mohsin, the hottie of Indian television, is famously known for the portrayal of Kartik in Yeh Rishta Kya Kehlata Hai.

Both the actors are extremely hot and not only have girls swooning over them but they also have guys who are jealous of them, wanting to become like them.

Tell us who you think is the TV king. 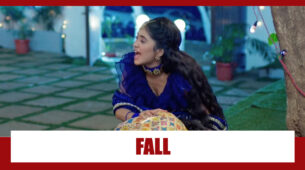