Shaheer Sheikh is presently winning hearts for his portrayal of the lead Abir Rajvansh in Star Plus and Director Kut’s show Yeh Rishtey Hain Pyaar Ke.

He is looked upon for his macho look and mature presentation of the character he plays.

However, his fans who have been following him for years will remember his young lover boy look in Navya, with actor Soumya Seth.

Shaheer was the young talent who had just come on board at that point of time, and he was regarded as a good-looker, an actor with the chocolate boy look!!

His good looks matched with his romantic lover boy attitude in the show won hearts and that was the first time that Shaheer was blessed with a huge fan following.

Yes, the actor in him has grown leaps and bounds and he is now into a mature look and persona, playing varied challenging lead characters.

But we remember how his fans fell in love with for the first time with his lover boy look in Navya.

You can catch a glimpse of few pictures of Shaheer Sheikh from Navya here. 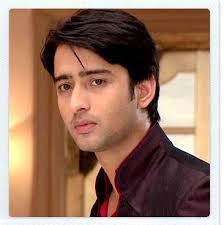