Fans of Saath Nibhana Saathiya 2 will be elated to find these latest updates on the show. Read here. Saath Nibhana Saathiya is the next much-anticipated show on Indian Television. The show in its first edition created magic and even while it was slotted at an early evening time slot, it did immensely well in ratings.

Now with Saath Nibhana Saathiya 2 coming, all eyes are on its launch.

People are happy that Devoleena Bhattacharjee will reprise the role of Gopi Bahu. Mohammad Nazim will be back and so will be Koki, aka Rupal Patel.

While it is not very clear at the moment as to how long will the tenure of Devoleena be in the show, the newly launched promo reveals a little bit on Gehna the new lead.

Gehna is the house help in the main family. She does all errands in the house, but none in the family are really concerned about her health and needs. The promo reveals the lead boy showing interest in Gehna, only to be ridiculed by his family, asking him whether he will be ready to make the ‘naukrani’ the ‘bahurani’ of the house.

The show will see Harsh Nagar and Sneha Jain in lead roles.

The show has Aliraza Namdar playing the father of the male lead. Jay Pathak and Akanksha Juneja are part of the main family.

Do you all like the promo? Do you look forward to the launch? 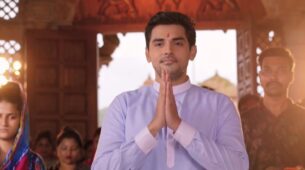