Sanaya Irani is an Indian television actress who is known for playing Gunjan in Miley Jab Hum Tum and Khushi in Iss Pyaar Ko Kya Naam Doon? In 2015, Irani was a finalist for the eighth season of Jhalak Dikhhla Jaa. She later participated in Nach Baliye in 2017 with her partner Mohit Sehgal and won third place.

She is widely loved by her audience for her bubbly and charming personality. Her smile is adorable. She is an attractive and versatile actor. She is fun-loving and her social media says it all. With elegance and grace personified, all captures of Sanaya Irani makes her look drop-dead gorgeous.

Sanaya already dons sensible fashion that makes her look stunning, but she showed that she can even slay in a designer saree! She somehow found new ways of wearing the saree in which she looks like the true Indian Nari. That off-shoulder blouse, that deep neck design, that simple yet eye-catching saree, that sexy saree, and that typical traditional look, damn!

Have a look at the saree looks of Sanaya. Every picture has a jaw-dropping moment, right? 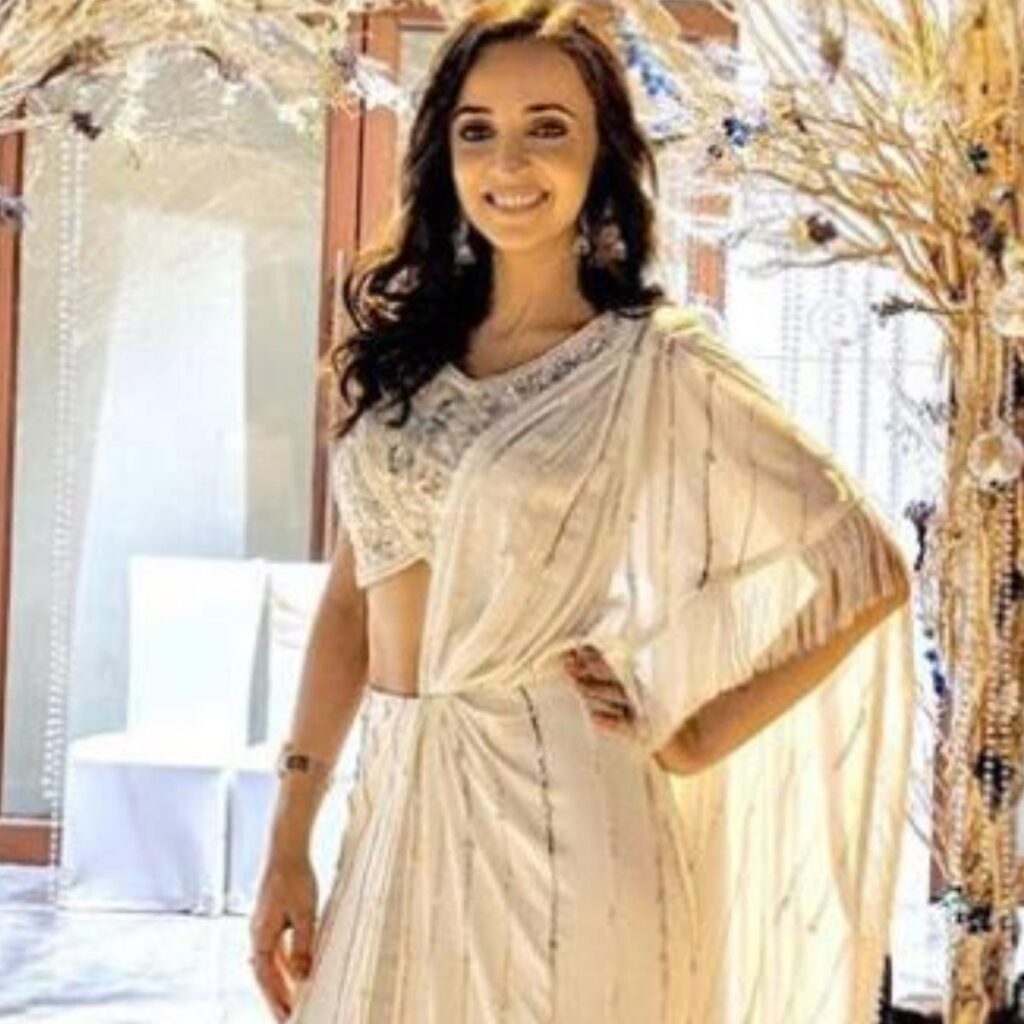