Who is your favourite between Shivangi Joshi and Hina Khan? 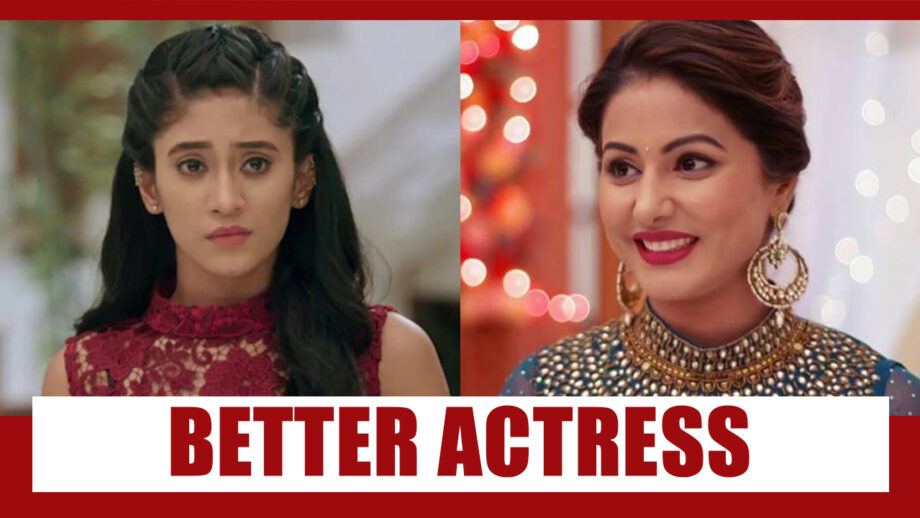 Yeh Rishta Kya Kehlata Hai the popular Star Plus show produced by Director’s Kut has had a great and successful run for all the years now.

The story which started off as the story of Akshara aka Hina Khan the simpleton girl who got married and then fell in love with her husband in a typical arranged marriage format was realistic to watch. Hina Khan sizzled through the role and gained strength as an actor with every passing day. Though she was quite raw as an actor when she started, she inculcated the skills of acting and grew to become a star in her own right.

Shivangi Joshi, however, had done few projects before bagging the lead role in Yeh Rishta Kya Kehlata Hai. However, this was a big role where she had to shoulder the responsibility of being the new lead along with actor Mohsin Khan. And how well did she take up the role!! She is today one of the iconic actors and is best known for her sizzling onscreen chemistry with Mohsin in the show. She has also bloomed into a great actor with the show.

Now, we know that your hearts are already racing. But we want to know who is better between the two?

Also read, All you need to know about Shivangi Joshi