Sony SAB has hit pay dirt with its fantasy drama, Aladdin – Naam Toh Suna Hoga. At a time when TV shows are being yanked off air with alarming haste and regularity, this is one show that has retained interest, ratings and the love of the audience. That is prime reason why Aladdin has reached a highly coveted milestone today. Ladies and gentlemen, the show completes 300 episodes today! Yes, isn’t that awesome!

Produced by Peninsula Pictures Private Limited, the show brims with numerous elements that work in its favour. The young lead pair of Siddharth Nigam and Avneet Kaur, who play Aladdin and Yasmine respectively, is a hit with the audiences. The high production value of the show is another element that keeps viewers hooked to its various antics and goings-on. And of course, the plot and storyline of the show, that have always fascinated us Indians like forever now.

Reaching the 300-episode milestone is commendable in today’s fickle times, a fact that its young lead, Siddharth Nigam, announced with pride on his social media today. Check out Siddharth Nigam’s post – Why Is Siddharth Nigam So Hot & Sexy? These Viral Pictures Are Reason 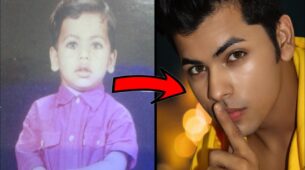 Siddharth Nigam's Childhood Pictures Are Too Cute and Unmissable