The lovable actress was playing drums on the sets of Om Shanti Om during the shoot.

As per a reliable source from the set, “We were shooting for Dussehra special episode and there was power cut on the set. Everybody was getting bored. Sonakshi decided to keep up the festive mood alive by playing drums.”

The actress who is known for jovial nature was happy entertaining everyone on the sets.

We must say Sonakshi, you are an all rounder. 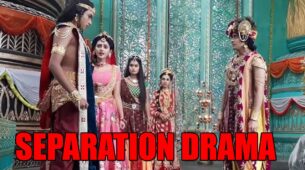 Nora Fatehi Or Sonakshi Sinha: Whose Sexy Item Number Was Most Loved By Fans? Sonakshi Sinha Or Urvashi Rautela: Who Looked Sexy In A Bikini? Tamannaah Bhatia, Shilpa Shetty And Sonakshi Sinha: Who Is The Hottest Lehenga Queen?