Taarak Mehta Ka Ooltah Chashmah the show and its characters have the power to bring a smile on a person in ICU. Check here. 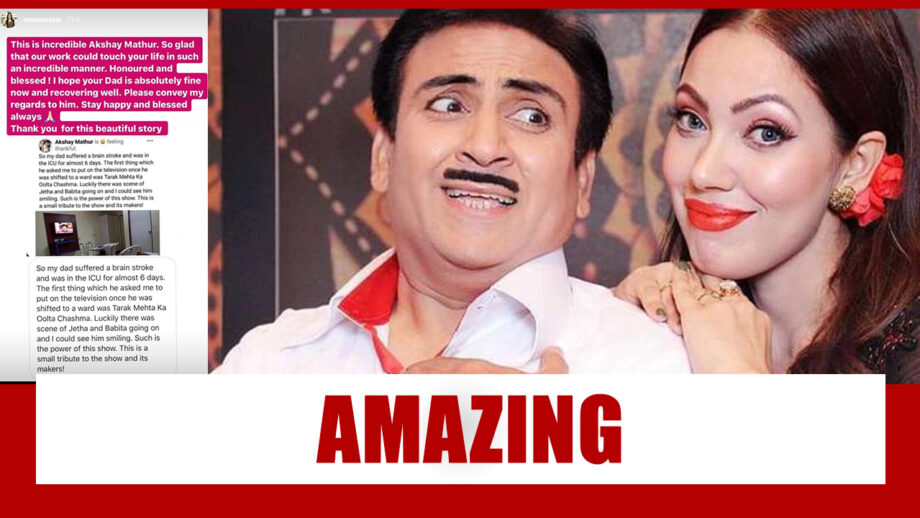 The show not only has the knack of making the living rooms happy and jovial but also has the power to make a person healthy and smiling.

Yes, it so happened that an aged person who suffered from a brain stroke and was in ICU for nearly six days managed to put up a smile when he first watched a scene between Jethaalal and Babita from Taarak Mehta Ka Ooltah Chashmah.

The elder man’s son Akshay Mathur had no words to express the love and gratitude he had for the show. He put up a post on social media and tagged the actors Dilip Joshi and Munmun Dutta whose scene enabled the man to smile again!!