We often come across telly shows on Indian television that get us completely engrossed in them. So much that we become great fans of the show. One such show we know is Silsila Badalte Rishton Ka. Are you a big fan of this show? Come find out! Silsila Badalte Rishton Ka is one of the country’s most-watched daily soaps. This show was loved ever since the first episode was aired. The show now has a fan base of millions across the country and this is mainly due to the amazing storyline and unexpected plot twists in it. Another big reason to watch the show is the great cast it has.

Q2- Which channel was the show screened on?

Q3- What role did Drashti Dhami play on the show?

Q4- Who plays the role of Dr. Mauli Khanna on the show?

Q5- Who is Dr. Mauli’s former husband on the show?

Q6- What role did Kunal Jaisingh play on the show?

Q7- When was the last episode of the serial aired?

Did you get through all the questions above with complete ease? If yes, congratulations! You truly are a big fan of the show. Stay tuned with us for more such exciting quizzes and updates on your favorite shows and celebs. 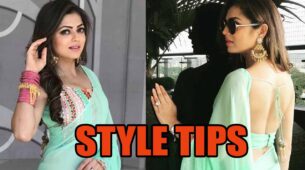