Mohsin Khan, who is known for his role Kartik in TV show Yeh Rishta Kya Kehlata Hai, has taken the character to the next level with his performance. There is no doubt that Mohsin has great acting skills.

He came into the industry with a dream of making it big. He did not only dream it, but he did it. Over a career span, he has made his mark in the industry.

Similar to his on-screen character, the actor is also a hit among the ladies off-screen too. He is the new age internet crush and girls have been swept off their feet by his super-smart style and his cute yet dashing looks.

Mohsin’s style statement is always in the eyes of the people and people also follow him and when it comes to styling. This actor too is known for his impeccable dressing sense on television.

Well, we all have one such vegetable which we never like and Mohsin is no different. The actor recently shared a meme and mentioned that he never liked Karela. 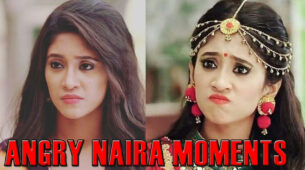