As seen so far, Aladdin’s (Siddharth Nigam) endeavour to save his Ammi (Smita Bansal) from evil Mallika’s magic, is taking him through a myriad of obstacles, even turned him into a werewolf and cat.

We had earlier reported that Aladdin’s father, Omar (Gireesh Sahdev), who is now a farishta, is shocked on knowing that his son is trying to get the parts of the Khanjar for Mallika, which will only make her more powerful and lead to the destruction of humans. Aladdin finally comes face to face with his father and asks for his help in getting the remaining parts of the Khanjar, in order to save Ammi.

Now, in the coming episode, Aladdin will blackmail his father Omar. He would tell him that if he does not help him then he would remove the watch that is helping him survive. Aladdin would want his father to help him hence he would be forced to keep this condition. 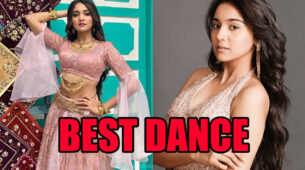