The cast of Bareilly Ki Barfi gets to be part of an interesting track in the &TV show. 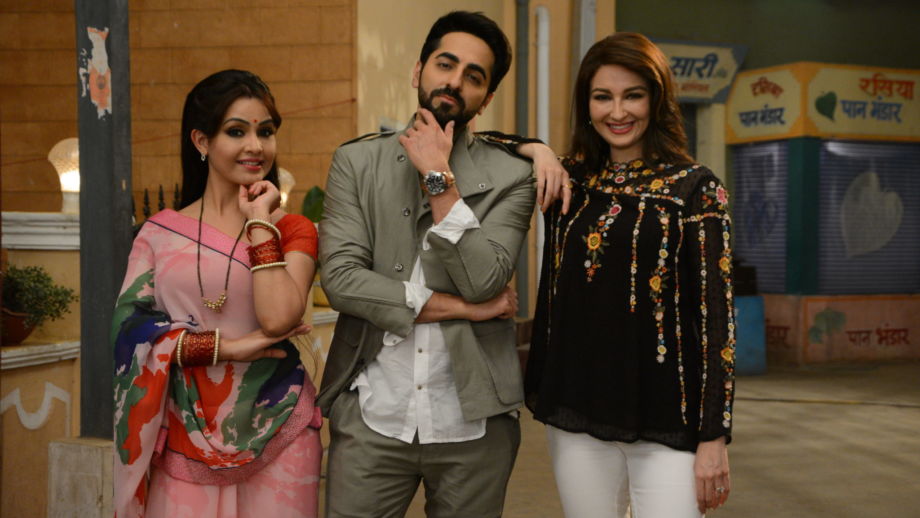 This week, audience saw how Anita (Saumya Tandon) is pissed with Vibhuti being a ‘Nalla’ which leads to a major fight between them. To prove Anita wrong, Vibhuti comes up with an idea of opening a security agency and hires Tillu, Teeka and Malkan. Joining in the fun and drama will be the lead actors of the upcoming movie Bareilly Ki Barfi –  Ayushman Khurana and Kriti Sanon.

It so happens that Chirag Pandey (Ayushman Khurana) who is in search of his friend Pritam Vridohi (Rajkumar Rao) will end up in the Modern Colony where he will meet Vibhuti who has donned a security uniform. While talking to Vibhuti and enquiring about his friend, Bitti (Kriti Sanon) also arrives at the place. Hearing all the commotion, Anita comes out and is surprised to see Bitti who is her childhood friend. Bitti and Anita will be glad to see each other and Anita will introduce her to everyone. After all the meet and greet, everyone will join in and shake a leg to the popular song ‘Twist Kamariya’.

Are you all excited to watch this episode? Drop your comments here.