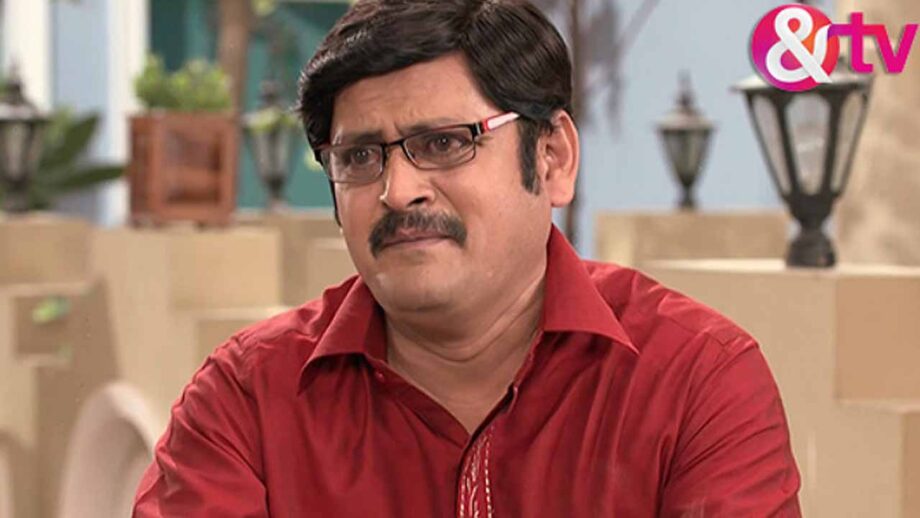 This week’s episodes of &TV’s cult show Bhabhiji Ghar Par Hai starts with Amma learning from Pandit Ramphal that a child will soon come to their house. Unable to contain her happiness, she shares the good news with Angoori and Tiwari who are also excited to hear this news, however, their happiness is short-lived. On the other hand, we see Anita getting angry at Vibhuti as he had not fixed the wall clock despite being reminded multiple times. Tiwari jumps at the opportunity to impress his Bhabi and comes to her aid by helping Vibhuti fix it. While at it, the hammer falls on Tiwari’s head and he faints. When he wakes up, he turns into a 5-year old kid and starts calling Angoori – aunty, and everyone else uncle. Extremely tensed about the situation, Amma urges Angoori to take him to the temple so that he can become fine again. Worried about the chaos he will create, Angoori decides to leave Tiwari at Vibhuti’s house where he can play with Saxena who is also of the same age. They start making paper planes and end up irritating Vibhuti by ruining official documents that chacha gives him. While all this is on, TMT find a bag containing 1 lakh rupees at the temple which Vibhuti confidently claims is his! But to TMT’s surprise, the owner approaches them and questions them on the whereabouts of the bag. Drama soon unfolds as the money goes missing. At the same time, Tiwari is kidnapped and the ransom for his release is a lump sum that Vibhuti must arrange.

Commenting on the gripping storyline, Rohitashv Gaur says, “People are the most vulnerable when they are not their usual self and are either unwell or have faced a misfortune. In the upcoming episodes, I come across an accident that affects my stability and mentally and I turn into a child. While the audience is assured a few laughs, the sequence of events that follow take a serious route as I end up getting kidnapped. Now, the power to release me lies in the hands of Vibuti and how he manages to arrange for the ransom and rescue me will be worth a watch.”

Will Vibhuti successfully rescue Tiwari from the kidnappers? Will his efforts pay off by receiving appreciation from his favorite bhabi? Who was the mastermind behind the kidnapping? Tune in to find out!