&TV’s popular show Bhabhiji Ghar Par Hai produced by Edit II is back with a bang and continues to leave the viewers in splits with every character’s impeccable comic timing and unique dialogues.

In the upcoming track, the whole of Kanpur including the Modern colony is under strict lockdown. While people in the colony are upset over the situation, the individuals are Vibhuti (Aasif Sheikh) and Tiwari (Rohitashv Gour).

The lockdown has led to multiple show closures and Tiwari and Vibhuti are finding it difficult to spend evenings drinking away their worries. But as you would know these two men are always up for any jugaad and trying their means to get their hands on a liquor bottle. When they did find a source, both, Vibhuti and Tiwari end up paying 10 thousand rupees as an advance payment to Saxena who disguises as a shop keeper selling liquor bottles in black. When both men are finally sitting to have a good time, they are in for a shock, it turns out that the liquor bottle was filled with black tea instead of the liquor itself!

Talking about this exciting episode focusing on lockdown Rohitashv Gour who plays Manmohan Tiwari shares, “The upcoming episodes of Bhabiji Ghar Par Hai are full of fun and masti in the Modern Colony. We had always been enjoying our drinking sessions and due to the lockdown situation in modern colony we end up paying more money and later realize that what we paid for is not liquor but black tea. While Tiwari & Mishra will try all attempts to get their money back, it will be worth watching to see if these men succeed and find out the real master mind behind this game plan.” 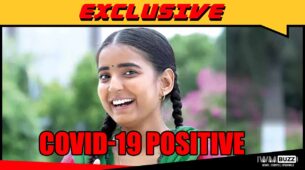