In this two-day-long task, the contestants have to pose as neighbouring farmers pitted against each other. The seniors are the shopkeeper with farming materials, and the teams have to convince the seniors to give them the raw materials for their respective farms. The team that captures the maximum area of the garden area and converts into the farm wins the game. Nikki Tamboli, who is now a confirmed housemate, the ‘Sanchalak’ of the game.

In a fight between the two teams, Shehzad and Nikki Tamboli get into an argument where the latter uses a slang. Shehzad tells her that she can’t abuse anyone. 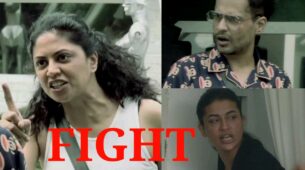