Bigg Boss 14 will see yet another fight erupting between Aly and Rakhi post the elimination of Jasmin Bhasin. 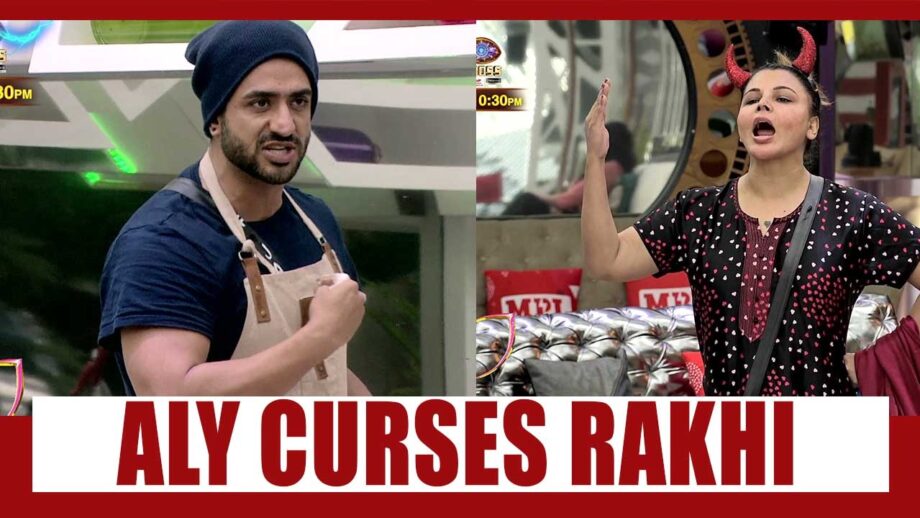 Colors’ Bigg Boss 14 house has literally turned into a fighting zone. Aly Goni who is depressed with the ouster of his lady love Jasmin Bhasin is in pain. He has not come to terms with the abrupt elimination of Jasmin Bhasin.

He has an altercation with Rakhi Sawant who was actually responsible for Jasmin getting out. Aly tells her that there are things in life that we do genuinely and not everything can be for the camera. He blames Rakhi for Jasmin’s elimination.

He also goes on to say that he curses her for her bad deed and for splitting a Jodi in love.

While other contestants will try to calm down Aly, Rakhi will also retort to Aly’s accusations.

Will Aly go against the Bigg Boss?

As we know, the elimination of Jasmin Bhasin has been a shocker and this development has really pushed further the drama quotient in the Bigg Boss house.