Jugalbandi, comedy, dance and a dash of criticism makes for a perfect Diwali weekend in Bigg Boss 14. 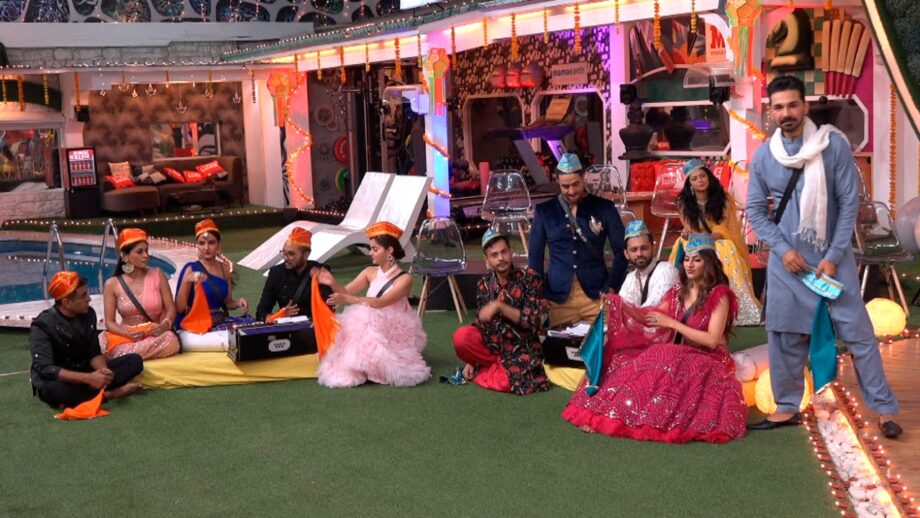 Bigg Boss is making sure that entertainment, drama and excitement continues to add in to the Diwali celebrations. With the festive season, the master host Salman Khan is back with his Weekend Ka Vaar where he interacts with the contestants and asks them some tough questions. With this, he not just puts a twist in the game but also has the contestants reassess their relations with each other.

The task this time Salman Khan has is that contestants have to rate each other’s qualities and list them according to percentages. Jasmin and Eijaz are the first and sparks fly when it is revealed that the two don’t really think too highly of each other. Jasmin accuses Eijaz of being fake and playing the victim card. Eijaz, on his part, accusers Jasmin of hyping the smallest of things and that people support her in this. The shocker is when Aly himself, who is Jasmin’s closest friend, asks her to ‘wake up’! Rubina and Rahul, too, rate each other not too well. While Rubina accuses Rahil of not having a clean heart and for using harsh words, he in turn, says Rubina suffers from a major superiority complex.

To lighten the mood in the house comedian Haarsh Limbachiyaa makes an entry with Surbhi Chandna and a cute little Garvit Pareek, who is seen in an absolutely adorable avatar. The trio have a gala time with Salman Khan as they manage to entertain everyone with their antics! The four of them also indulge in an entertaining social distancing dance!

The most entertaining bit of the evening is when the housemates set up a mehfil and indulge in jugalbandi with Rahul and Jaan roasting each other and other housemates through made-up songs. Jaan’s team has Eijaz, Pavitra, Jasmin and Rubina, while Rahul’s team has Aly, Kavita, Abhinav, Nikki and Shardul. The roasting is all in good fun as each housemate takes the criticism with a smile and is seen having a good time!

After all the fun and games are over, will the Bigg Boss House see any evictions?