While Janhvi has been scheming and plotting to ruin the family, none in the family actually knows of Janhvi’s true colors.

Soon, Dhruv (Ishaan Singh Manhas) husband of Janhvi will get a faint doubt on the strange behaviour in Janhvi.

Dhruv has been a husband blindly trusting his wife Janhvi. Though Dhruv has always put up a romantic side in their marital relationship, Janhvi has kept herself non-committal without exposing her real motive.

In the coming episode, Dhruv will see Janhvi sneaking out of the house in the wee hours of the night.

He will be shocked and will decide to follow her.

As per a reliable source, “Dhruv will wonder what made Janhvi get out of the house in the late hour of the night. He will want to know what perturbs Janhvi, but will have no clue of her evil motives.”

Will Dhruv be the first in the Mittal family to get to Janhvi’s truth? Lockdown Ki Lovestory Spoiler Alert: Race against time for Dhruv to SAVE Sonam 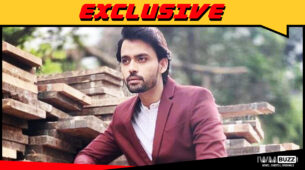